Some bad news if you have an X and Y chromosome and get paid for a living: men aged between 25 and 34 and work in finance are the most stressed workers in the UK, according to the 2018 UK Workplace Stress Report.

Surveying over 3,000 workers, the new research also revealed that the most stressed employee is most likely to live in Cardiff – the Welsh capital seemingly awash with overworked and underappreciated souls – and that women were less likely to report feeling stressed at work compared to men, at a rate of 38 per cent vs 50 per cent.

Indeed, there showed a “gender divide,” said Chieu Cao, the co-founder of Perkbox, the employment satisfaction firm behind the study. Cao also gave his two cents on why workers between 25 and 34 might struggle so much with the mental strains in the workplace: “[They] are often not only in a particularly pressured time in their careers as they fight their way up the ladder – perhaps even taking on more work or responsibility in order to prove themselves – but quite often they’ll also be saving to buy a house, organising weddings or even starting a family.” 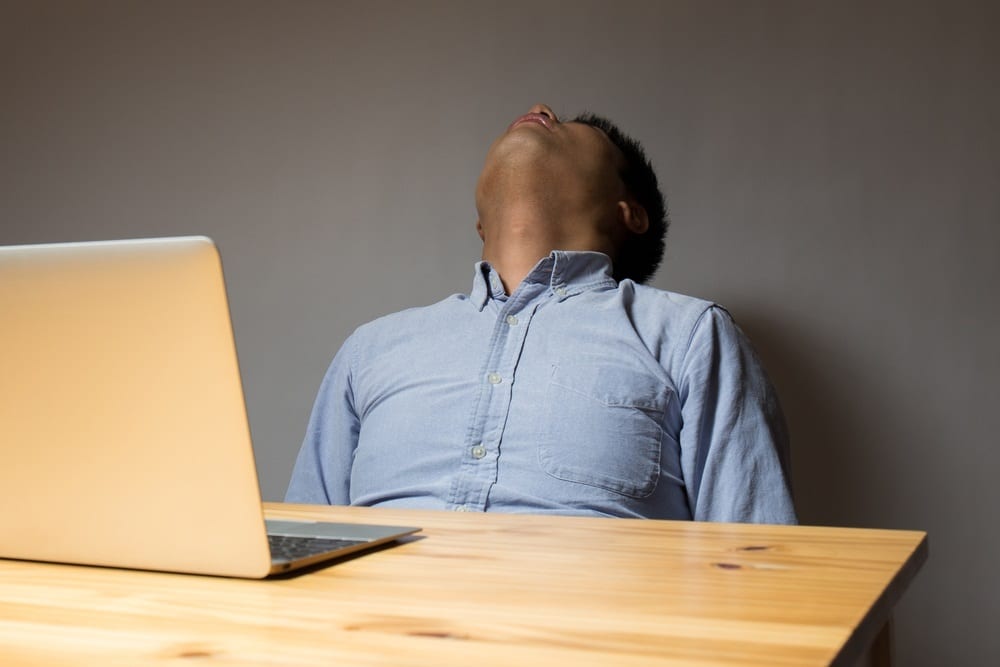 As reported by Forbes last year, the US government found men spent more time in the office than women, working 42 minutes more per day on average than employed females. But at just what cost? Looking at other studies, stress is more likely to lead to depression in men than it is women, with males also more likely to have traumatic depressive episodes following work difficulties. All which means the risks to mental health by putting in too many hours in the hopes of impressing upper management are many and dangerous. This isn’t hyperbole, either. In Japan, dropping dead because of too much time spent at the desk has become such a norm for its ‘salarymen’ that it even has its own word: ‘karoshi’, literally translating to ‘death by overwork’.

Read more: How to relocate your job to a land of sunshine

But while men face the danger of being stressed out at work, women, on the other hand, are defying convention and making the smartest moves of all. More and more, females in the workplace are taking career breaks and going on big adventures alone. Where once a hiatus was taken to start a family, women are now shunning tradition and taking some time for themselves, escaping from the daily routine (back-to-back meetings broken up by a lunch trip to Tesco Express) in favour of brighter environments. And why not? An increasing number of companies have begun to see the mutual benefits for both employer and employee from a travel-related break. Even companies less inclined to allow their staff to leave for a few months at a time are now looking more towards flexible working, giving their employees the freedom to make a working life suit them and get some much-needed headspace whenever needed.

Sadly though, as women pause to reevaluate what they want from their careers, their lives, the stats still show that men are stuck in the same 9-5 grind, or 9-7 depending how you look at it, inching their way up the career ladder and bursting more veins in the forehead than ever before. Well, sorry guys, but you won’t get one iota of a violin note from this writer. It’s entirely our own doing. We’ve put ourselves in this position, in these social conduits of stress, taking on too much responsibility and simply being stuck in a career or workplace we don’t want. So why not change it up?

If you’re feeling overworked, ask yourself what you can do to change that. If you’re suffering silently, talk to somebody – a friend, a family member, or even Sanctus, a mental health awareness group making some incredible strides in workplaces. Or, simply take some time away to take stock and possibly look to a new career.

After all, you only get one life. You can’t say the same about a job.

WANT A WELLBEING HIT? BOOK ONE OF THESE ADVENTURE TRIPS Kayak waterfalls of the Mreznica River in Croatia

Ride a snowmobile across a glacier in Iceland

Go mountain trekking in the Himalayan foothills of Nepal

How to escape an unhappy job: your go-to guide