When your mum utters the words, “Do you think you should maybe find some new friends?”, I think you can be forgiven for having somewhat of a confidence crisis!

She had me ‘trapped’, cruising down the M6 in our beloved VW camper van and the rogue question seemed to have come from nowhere.

After I proceeded to list a pretty decent number of friends who are, in fact, living very similar lives to me, Mum conceded that maybe her question was misplaced.

On top of the world with @laurei #lakedistrict #mountain #happy

It was just that she felt that, recently, I’d mentioned a lot of engagements, marriages, pregnancies and births amongst my friends.

This had led her to worry that everyone was entering a new and very different phase of their lives and that I was in danger of getting ‘left behind.’

Following several hasty assurances I was, indeed, very happy and in no way being left behind by my friends, I did start thinking about the challenge of making new friends and meeting new people.

Then that little ideas lightbulb we all have in our heads lit up with a ping.

Living in London can be a lonely existence – we Londoners don’t have the best reputation in the friendliness stakes. I decided I was going to spend a week putting myself in situations I could meet new friends, in the hope that some may even become longer term friends.

I set about making a plan for the following week and went to bed full of excitement for my little experiment. This is what happened.

I’m a creature of habit and my weekly routine starts off, without fail, on a spin bike at 7am on a Monday.

I’ve been going to the same class for over a year and know everyone that goes; I know the instructor, the receptionist and the coffee shop guy, probably a bit too well.

So I decided, this week, I was going to mix things up a little!

I shunned my early start and signed myself up for the 7pm spin class – new instructor and a whole crowd of new people to meet. I headed to the studio with plenty of time so that I could sit and chat before the class and, sure enough, there were a few other keen beans who I struck up a conversation with. After a lovely chat, we had a good sweaty spin sesh and I said goodbye to my new found ‘acquaintances’ with a breezy, ‘see you next week’.

I’d spoken to some new people who seemed super nice and trotted home quite happy J (it would seem I now have to keep up the new 7pm spin slot though – bye bye early mornings!)

Having eased myself into my little experiment with a pretty tame challenge on day one, I was pretty eager to ramp up my efforts on Tuesday and get creative with my social life.

In an effort to push myself out of my comfort zone, I trawled the internet for social events that I could go to, so I could meet some new people, and stumbled across a deal for an evening cookery class not too far from home. 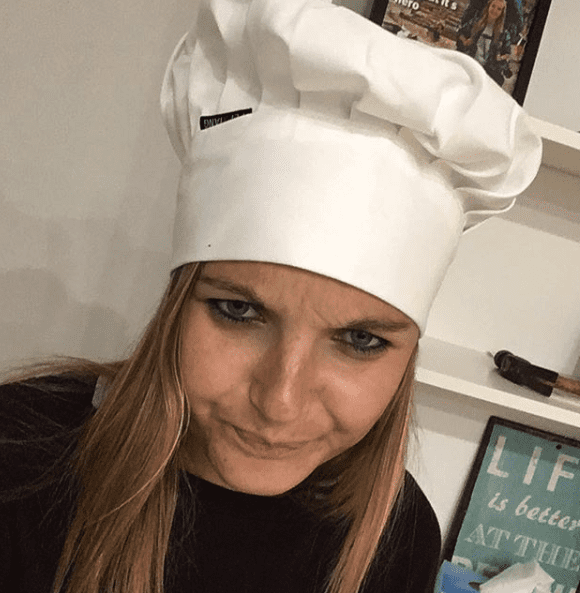 I had no idea what to expect (other than the promised feast of vegetarian delights) and rocked up to the cookery school 20 mins before the start of the class to scope out the scene and the people before getting stuck in.

Everyone was so nice and, in a class of eight of us, there were two other people there alone, a group of three girlfriends and a lovely couple.  We had a super fun evening, learning delicious, new recipes and then sitting down to eat our creations.

I left the event part of a WhatsApp group through which we’ve all promised to keep in touch and maybe meet up again.

I decided to do something a bit less structured with Wednesday, which was really going to push me out of my comfort zone (and quite possibly get me some pretty strange looks).

I challenged myself to simply speak to a ‘stranger’.

I knew that I was going to be out and about quite a lot so would have plenty of opportunities. First off, I tried the coffee shop scenario.

I set myself up in my local coffee shop, on my laptop, next to a guy who seemed to be doing the same (and crucially had the same laptop). After about an hour, I finally plucked up the courage to speak to him and asked to borrow his charger as a conversation starter.

I then continued to talk to him about what he did, how come he was working from a coffee shop and of course – the weather!  He was averagely receptive to my chat but not hugely keen and seemed to want to get on with his work.

So, after about 20 mins of charger use, I packed my bag and moved on. Not my most successful endeavour, however, I still felt pleased that I’d plucked up the courage to speak to him.

My Thursday plans already included going to a friends’ birthday drinks in the evening, which I knew she’d invited a lot of people too. Rather than just stick with my usual ‘crew’, I was going to chat to new people!

I always think occasions like birthdays or weddings are a great opportunity to meet new and like-minded people because you’re all there for a common cause, you’ll have at least one thing in common!

The drinks party was awesome and I spoke to loads of new people, people I’ll definitely see again not least down to our common friendship with the birthday girl.

Friday’s strategy involved a  ‘prop’ – a new dog.  I would LOVE, LOVE, LOVE to have my own dog, but my flat and lifestyle don’t lend themselves to full-time dog ownership.

I do, however, seem to have a lot of friends with dogs. So, on Friday I borrowed one of my mates’ four-legged friends and took him for a little walk. It’s amazing how having a dog opens you up to chats with random other dog owners.

I had quite a few lovely conversations and met some very cute dogs too – highlight being a 1- week old cocker spaniel called Sybil! This was a great way to spend a couple of hours but I’m not sure there was much ‘friend making’ opportunity, maybe this is a longer-term strategy…

I’ve recently decided that I want to be a runner and, in my quest to become the next Paula Radcliffe, I’ve started trying to do ‘Park Run’ on a Saturday morning.

There are loads of people at my local event and, as far as I can see, plenty of them come alone, which makes it the perfect opportunity for some chatting to strangers in an effort to expand your social circle.

I rocked up to the start line, again a little bit early, in the hope that I could strike up some small talk before the run. Sure enough, I zeroed in on an unsuspecting girl who looked a little nervous and pretty friendly, only to discover it was her first time and she was, in fact, pretty scared.

I took the opportunity to run with her and we chatted throughout and have planned to run it together again next week. Turns out running is another great way to make good friends.

Okay, so, Sunday’s activity may, in fact, seem a little like cheating, I’ll let you decide on that one. But I went on a Flash Pack Mini Experience in the form of a woodland hike followed by a pub lunch.

Being a seasoned Flashpacker, I of course knew that this would be the IDEAL situation in which to meet new people, as all Flashpackers are pretty awesome.

I spent a rather lovely Sunday afternoon having a good time with 11 fabulous ladies, walking in the countryside and refuelling with some yummy food. We left with each other’s numbers and I have no doubt that I’ll definitely see some, if not all of, these ladies again. I can definitely see some true friends coming out of this one.

So that was my week of trying to meet new people.

It’s shown me there are loads of ways to make new, close friends and chat to strangers. But as one last parting gift from me to you, I’ve listed five key lessons I learnt from my little experiment below:

I know I’m always really drawn to people who exude confidence and therefore really try to do this myself, even when I’m not feeling it. You’ll have a new group of friends in no time.

One thing I discovered this week was that, actually, most people in the world are really nice and will chat right back to you if you’re brave enough to strike up the convo.

A friendly hello is massively appreciated by many and no-one will think you’re weird – most likely they’ll be envious that you had the confidence to simply talk to people.

Following on from each of my interactions with new found acquaintances, I came away with a real feel good vibe, you know, like that feeling after a really good exercise class or sing song. Don’t feel uncomfortable, I really recommend it.

This is quite a big one but there is a definite tendency to make assumptions before speaking to people. 9 times out of 10, you’re going to be wrong! I urge everyone to leave assumptions at the door and spend time start chatting to people.

I think this experiment was rather successful, if I do say so myself. And I’ll be reporting back to my Mum that I have, indeed, found some more potential friends that are without a ring on their finger or have an impending birth.