Asia. Earth’s largest and most populous continent spans a staggering 17,000 square miles, give or take a few hundred, meaning there’s plenty to explore. We know, understatement of the century.

Specifically, it’s a place home to some of the world’s most exciting cities. Cities that are often the jewels in the crown for our adventures in Asia.

So thrilled have our travellers been with these thriving metropoles in recent months, we felt it was time we brought them to life for those of you that haven’t been. And, if you already have a trip to one of these places booked with us in the coming months, use the extra tips in this guide as recommendations for where to explore in any down time, free evenings/days you might have.

So, here are our top 5 bucket list cities in Asia to conquer solo. 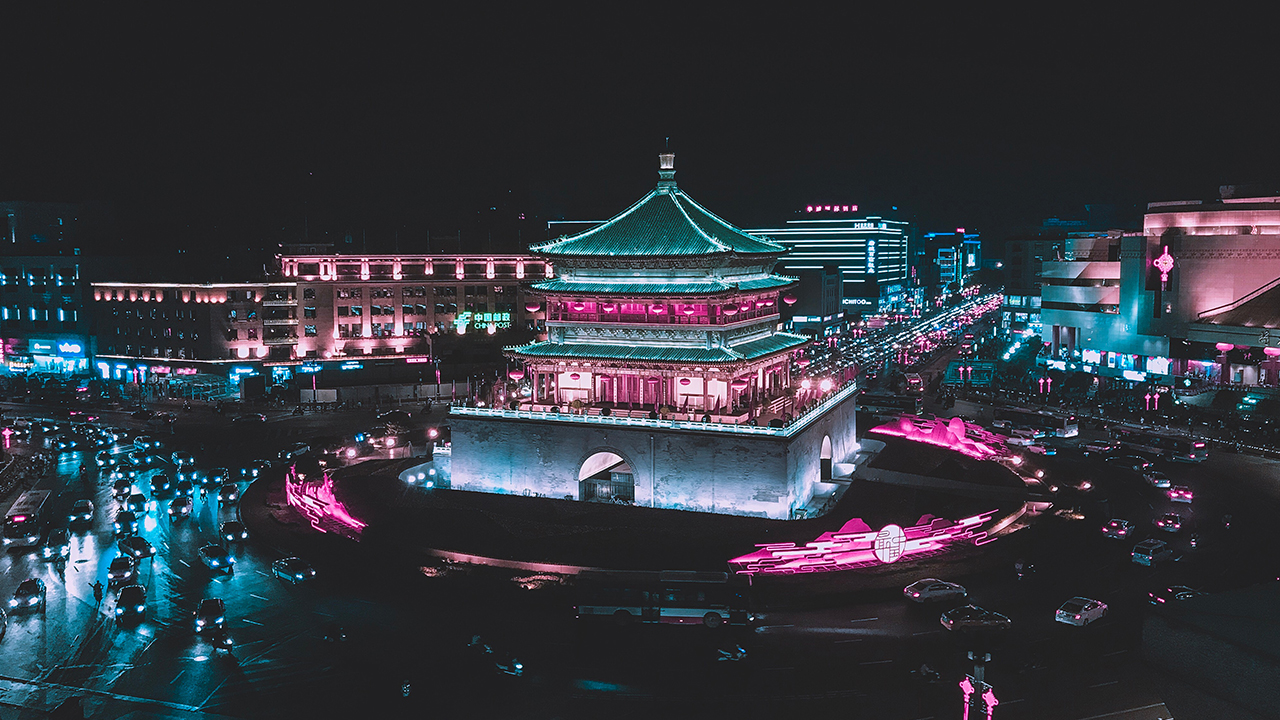 Why go: Speak to anyone about Shanghai and they’ll tell you it’s as vibrant as they come.

Home to 23 million inhabitants, with more than 1/3 of those expats, it’s a bonafide melting pot where Far Eastern tradition meets international futurism.

The essentials: The city’s towering skyline is plucked from the pages of utopian sci-fi. This means stacks of options for roof terrace drinks with spectacular views, and there’s plenty more nightlife to take in lower down, too. Anyone on our adventure to China will learn that first-hand.

It’s not all pure hedonism, though. If you have a chance, walk through The Bund, an historic district packed with colonial architecture, head to Yu Garden for serenity and the best tea shops in town, or jump on the water for arguably the world’s most spectacular river cruises.

The hidden extras: Yuyuan Garden is particularly picturesque and home to an abundance of culinary options. Wandering the surrounding backstreets and alleys offers a fascinating insight into an old Shanghai hiding in the shadows of 21st Century modernism, too.

If you can find it, the Shanghai Propaganda and Art Centre, in the basement of an apartment building at 868 Hua Shan Road, is also worth a punt; it’s not signposted due to the political nature of the exhibitions, but offers an unforgettable experience. Why go: In contrast to many of the destinations on this list, Hanoi has largely avoided succumbing to modern life.

The Vietnamese capital is a photographer’s dream, particularly in the Old Quarter of Hoan Kiem district, where traditional buildings have stood the test of time, while further south you’ll find evidence of French occupation with leafy streets and imposing villas.

The Essentials: Vietnam, of course, means amazing food to anyone familiar with Pho soup and banh mi – and our adventure there will give you plenty of truly authentic flavours to savour, visiting some of the best street stalls in the world. And for those that can, dig a little deeper and check out Le Mat, or Snake Village. Good luck, though— the clue’s in the name.

The Hidden Extras: Head to Ca Tru Ha Noi Club for local arts and music (with roots dating back to the 10th Century) performed in a temple courtyard. Or the Thang Long Water Puppet Theatre for a charming visual feast. Both are really memorable experiences. 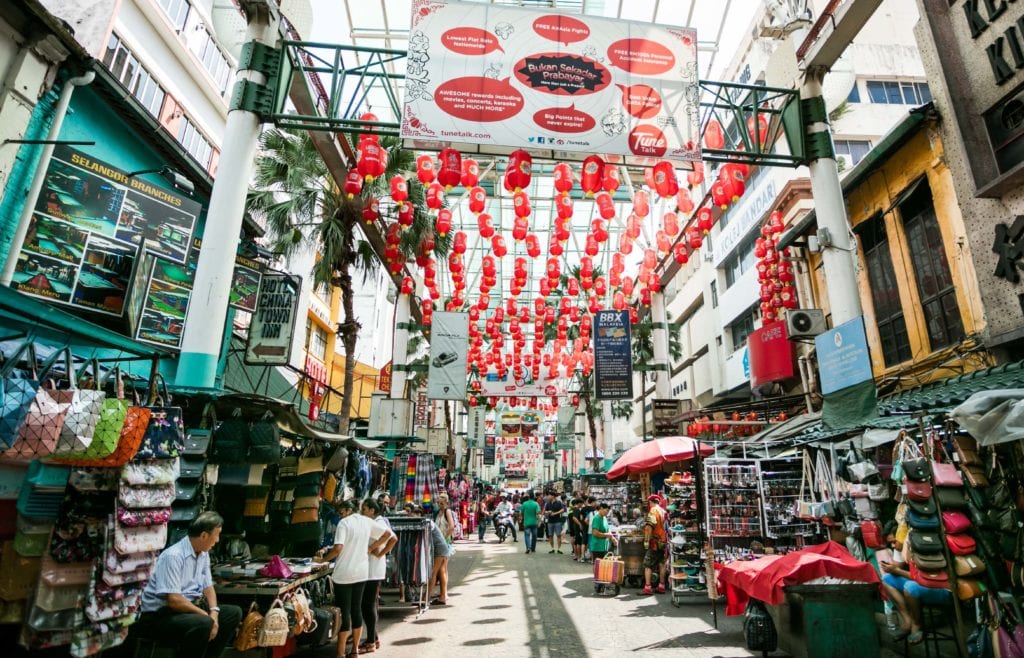 Why go: The gargantuan Petronas Towers are totems of contemporary South East Asian architecture, and Kuala Lumpur is their home. Keeping eyes on the sky there are plenty more nods to science fiction— not least the city’s monorail network. On the ground, though, things are a lot more rough and ready, making this a city of real contrasts and a truly exciting place to be.

The Essentials: Flash Pack travellers get plenty of opportunities to hit these streets, both at night— where vibrant bars and super clubs come alive— and on daytime food safaris. From Chinatown to Little India, the choice is incredible. If you can take a look at what’s happening under foot, too, there’s a wealth of great markets beneath the streets. Lot 10 Hutong is a great example in Bukit Bintang; a maze of tiny subterranean eateries.

The Hidden Extras: Head to the Perdana Lake Gardens district, close to Chinatown, for green sanctuaries in the heart of the concrete jungle. The KL Bird Park is here, with monkeys, over 60 winged species, reptiles and more. There’s also an enclosed deer park featuring a miniature Stone Henge, famous butterfly park and an orchid and hibiscus garden. Best of all, most are free. Why go: Japan’s Mega City One moves to its own beat, which is incredibly fast. A technophile’s fantasy, it’s a (huge) town of robotics, automation and future-proof infrastructure. But it’s also a place steeped in tradition, where respect is expected and patience the modus operandi.

The Essentials: Japan’s whisky industry embodies this attitude, and has been in rude health for decades now. There’s plenty of time to indulge in a dram on our trip to Japan, with a stop at the Tokyo Whisky Library, where a master-blender guides visitors through one of the finest liquors on the face of the Earth.

The Hidden Extras: Clubs in Tokyo are incomparable to anywhere else, and not just because they pack standard-setting sound systems to keep revellers happy. Contact, one of the most serious venues for techno, requires registration online in advance and won’t allow drinks into its main room. Those looking for less rave could do worse than rock spot Bauhaus Roppongi, or for something quintessentially Asian check Showbox’s K-Pop madness. 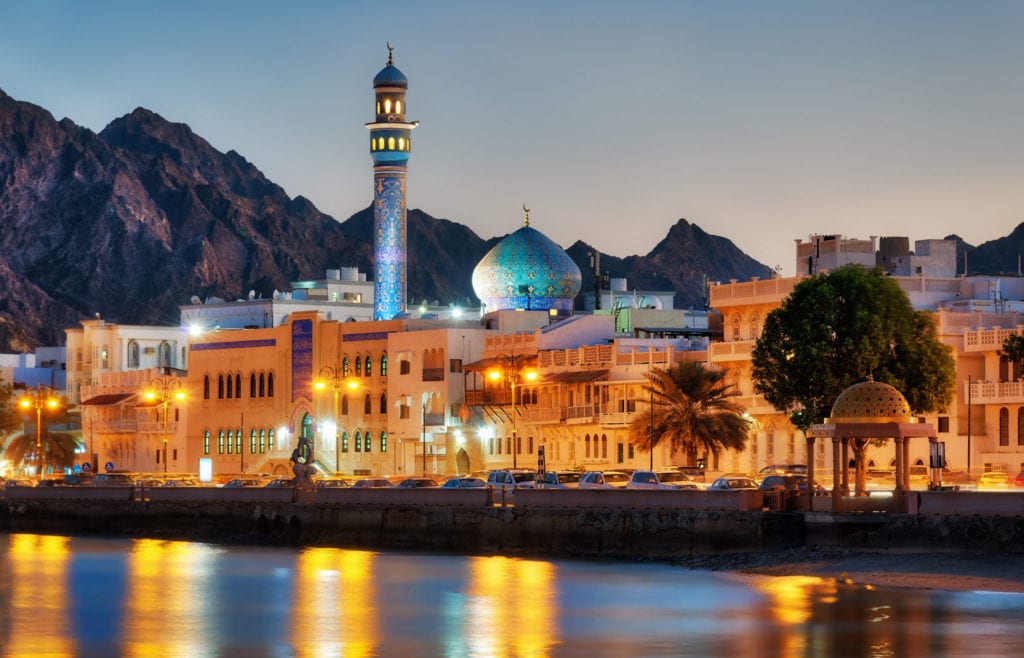 Why go: While the Emirati look to glamour and glitz as urban design motifs, Muscat, in nearby Oman, has taken a very different approach to expansion. High rises are out, heritage architecture is very much in, with the city’s spectacular position on the Arabian Sea adding to its aesthetic majesty.

The Essentials: As tourism has grown in Oman overall, Muscat’s food scene has flourished, with spots ranging from pomegranate bars to informal cafes and upmarket restaurants. You’ll have chance to see this on a Flash Pack trip to Oman too, with (virgin) sundowners guaranteed.

Artisanal work can be found everywhere in this beautiful town, not least the Sultan Qaboos Grand Mosque – with its priceless Iranian carpet made by 400 weavers over a four-year period and an eight-tonne Swarovski chandelier. Arguably, though, the city’s art galleries offer the biggest feasts for visiting eyes.

The Hidden Extras: Amateur Omani expat artists exhibit at the Al Madina, Bait Muzna embraces the potential of multimedia installations, local visual culture is displayed at MuscArt, and the not-for-profit Stal hosts some truly important contemporary works. Then you have recent history expressed through paintings and more at Ghalya’s Museum of Modern Art, and a more far-reaching look at Oman’s past at Bait Al Zubair gallery.

Ready to dive into these incredible cities? Try these trips: See the variety of the world’s second largest country with this incredible journey that takes in the capital, Beijing, Great Wall, ancient X’ian, and bustling Shanghai, where you’ll see exactly what we mean by words like ‘futurism’, ‘nightlife’ and ‘serenity’.

Take me to the melting pot

This incredible Vietnamese odyssey spans both north and south of this complex and fascinating nation, with the trip starting in Hanoi, where hungry Flashpackers can satisfy their senses, and fill their stomachs, almost straight off the flight.

The delights of Malaysia Arriving into the capital, Kuala Lumpur, means jumping straight into the thick of things. With two days in town you’ll have the chance to hit the streets by night and day before heading off to explore Malaysia’s stunning countryside.

A sensory journey through Japan You’re guaranteed to come away with a keen understanding of just how cool Tokyo is after this once-in-a-lifetime trip. Spanning 13 days, you’ll spend the first four in Japan’s biggest city, meaning there’s plenty of time to tick the recommendations off our list.

The wild frontiers of Oman The endless dunes and oases may be calling, but there’s still time to see why Muscat made our hotlist. The schedule focuses on refreshments and cuisine— which is great considering the temperature— but why not see what else you can find?

Experience something different in Muscat