The Northern Lights are one of the seven wonders of the natural world. High up on most travellers’ wish lists and one of the most breathtaking experiences imaginable, it’s particularly annoying that this natural phenomenon is notoriously difficult to see.

Ancient cultures believed the Northern Lights were caused by everything from celestial dancers, to fallen warriors journeying to Valhalla, to a magical firefox running across the snow.

These days we’ve moved away from the fox theory and towards one of electrically charged sun particles crashing through the Earth’s magnetic shield. These particles collide with the atoms in our atmosphere, creating the countless bursts of colour that light up the sky like the Vegas strip.

But these pesky solar flares are hard to predict.

Our sun goes through 11 year cycles of high and low activity, with Aurora Borealis much more likely to occur during the highest point and the four years following it. Our last maximum point was in 2014 which (with some quick maths) means this winter is the last solid chance you’ve got of seeing the Aurora until 2025.

If the Northern Lights are on your bucket list, your best bet is to book a trip somewhere Nordic as quickly as possible.

Scientists can only predict solar activity with any accuracy two hours before it occurs, and even that is no guarantee of seeing the lights. It’ll always be a bit of a lottery, but there are some tricks of the trade to increase your chances of spotting this elusive natural phenomenon. 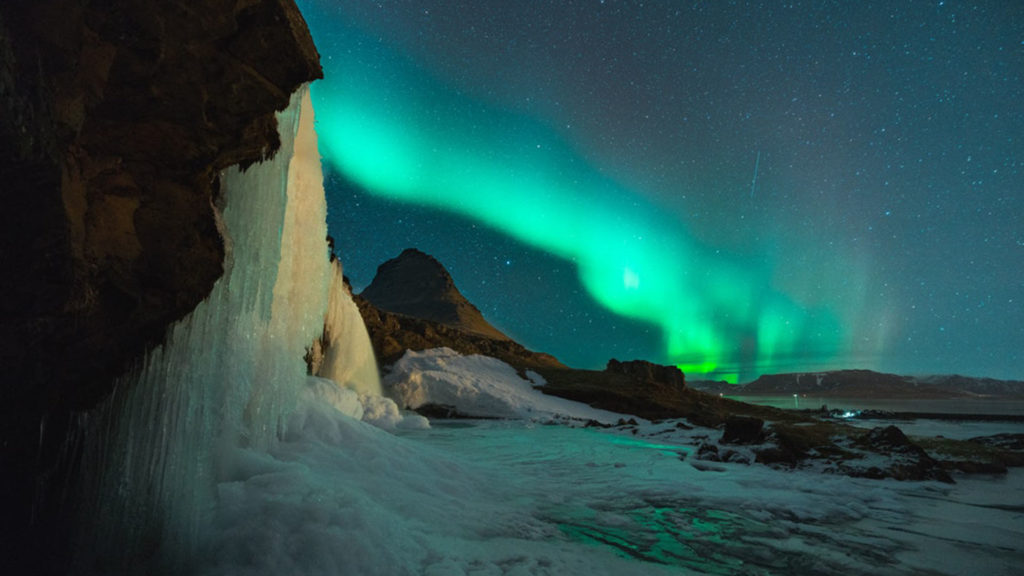 Broadly speaking, the more north you go the more likely you are to spot nature’s light show. Scientists call the lucky spot the ‘auroral zone’, presumably in an attempt to sex up meteorology.

It covers Norway, Sweden, Finland and Iceland, as well as Alaska, northern Canada and the wilds of Russia. If you need thermal underwear to go there, you’re probably on the right track.

Once you’ve arrived in one of these wintery wonderlands, you need to head away from the light pollution caused by cities and towns. If the Northern Lights strike while you’re sinking a schnapps in Reykjavik you’ll still see them, but they’ll stand out much more against the darkness of a rural night sky. Remote hotels, night safaris and cross-country treks are your friend.

Winter, particularly September to March, is the best season for The Northern Lights – not because they occur more frequently but because the longer, darker nights give better visibility.

September to November is best for warm-blooded travellers who want to avoid the extremities (by which we mean bone-freezing temperatures) of a Nordic winter. This time of year can also be better for visibility if you catch clear skies before the snow clouds start to roll in.

December to February is the most popular time for Arctic trips, with snow-filled days and dark nights full of the promise of Aurora. Winter activities like snowmobiling, dog sledding and drinking cocktails in an igloo (it counts) are in full swing at this time of year. Plus, there’s always the chance you might bump into a certain Mr. Claus…

Spring arrives in the Arctic around March as the snow begins to melt away and animals emerge from hibernation.

There’s some speculation that the Spring Equinox (March 20th) has greater solar activity, but that’s probably the latest you can go before the skies turn too light again.

Other than that it can be a bit of a guessing game, but there are some handy tools to help you tick off that bucket list moment.

The N.O.A.A. (National Oceanic and Atmospheric Administration to me and you) has a 30 minute and a three day forecast tool to help you decide what nights to stay up late sky-gazing.

Space Weather also provides a forecast that alerts you when the slightly apocalyptic sounding ‘Geomagnetic Unrest’ is predicted. On a winter Flash Pack trip there are plenty of ways to see the lights, from cross-country skiing in Finland to hot tub sky gazing in Iceland. Our guides have been chasing the Northern Lights for years and try to make sure these activities fall on the nights with the best chance of dancing skies.

As well as clued up guides, many hotels offer Aurora Alarms where they do the hard work for you and call up to your room if they spot any signs of activity.

Cheating? Who cares if it means you get to see one of the seven natural wonders of the world.

The Northern Lights are famously elusive.

If it was easy, then seeing them wouldn’t be such a magical moment so if you don’t get lucky on your first night, persevere and keep your eyes to the skies. And if you haven’t seen them by the time you leave, well it’s just an excuse to book another holiday…

Try your luck with one of these three trips for the chance to see nature’s light show: This four-day adventure takes you from the big-hitters of Iceland’s otherworldly scenery to its secret, unseen side. You’ll snowmobile Langjökull glacier, explore a glittering ice cave and bathe in the Blue Lagoon, all before watching the skies for Aurora from your hotel hot tub.

Igloos, hot glögg and the Northern Lights in Sweden This 4-day adventure in Lapland is perfect for thrill seekers – it’s stuffed with rally driving on frozen lakes, Arctic survival skills and snowmobiling across the tundra. After all the excitement you’ll share a meal with local herders (and their reindeer) before a twilight ramble to find the Northern Lights.

A snowmobile safari under green skies in Finland Despite the snow, a trip to Finland will warm your soul with its husky sleds, reindeer sleighs and glittering landscapes. Cross-country ski in the day, then snowmobile to your fireside spot to watch the skies – complete with toasted marshmallows, of course.

Why friendship makes us feel so good, proven by science