Long gone are the golden days of air travel where you could simply flash a winning smile at the air attendant and score an instant upgrade.

Less room and a growth in elite flyer programmes mean the prospect of being bumped up to Business or First Class is an increasingly elusive one. The popularity of online auctions, where travellers bid for premium flight tickets, doesn’t help either.

But, don’t resign yourself to a life-time of cramped knees in economy quite yet. If you don’t have miles or loyalty with an airline, there are a few ways where you might still be able to wangle a golden ticket upwards. Here’s how: 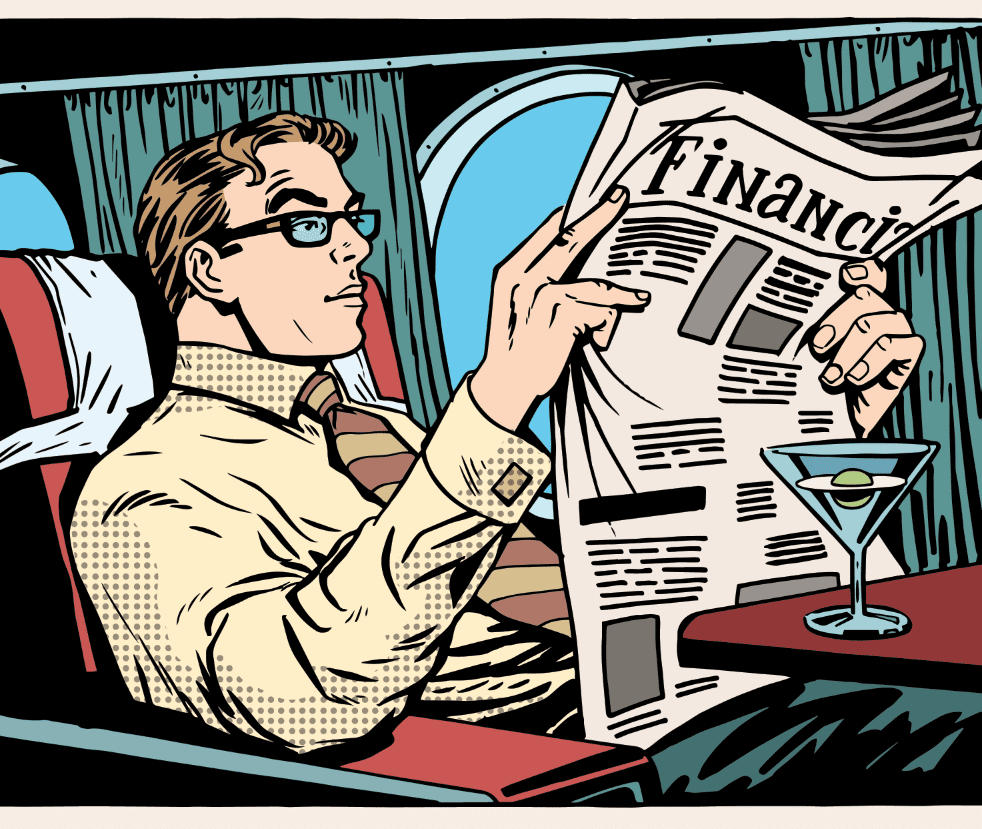 Most airlines have strict protocol in place that means they can’t simply hand out upgrades willy-nilly. But staff do have a little more discretion when it comes to operational upgrades. If a flight is oversold, they might look to move a passenger to an empty seat in higher class, rather than switch them to a different flight. The best chance of this happening is on busy flights during weekends, holidays and other peak periods. Obviously doing this might offset the money you’d save getting a free upgrade, but it’s your call to weigh up the odds. Don’t fly business routes, as you’ll only up with more competition for spaces from elite flyers.

Read more: seven adventures to solve all your problems

“Don’t fly when most business travellers do, such as early flights on Monday mornings and Thursday and Friday afternoons between 5:00-7:30pm,”  Gary Leff, founder of airline blog View from the Wing, tells Bloomberg. “Middle of the day Tuesdays, Wednesdays, and Saturdays are your best bet. Fly during the holidays. There are fewer business travellers on the road.”

If you’re really serious about landing that upgrade (and have some time on your hands), you could look into the number of higher-class seats an airline carries, and also the proportion of the aircraft dedicated to them. This varies between airlines and even individual carriers. The more First Class and Business seats there are, and the greater the space allocated to them, the more chance you have of securing an upgrade. We’re not saying crack out the tuxes and ballgowns. But leaving your ageing grey jogging bottoms at home will undoubtedly boost your chances of being greeted with a glass of bubbly on-board. In the rare situations where staff are able to give upgrades, they don’t have much to go on in making their decision.

“Because there’s no objective way to choose someone, the pilots and flight attendants usually look for someone well-dressed and professional looking,” Alex Miller, CEO and founder of air travel website Upgraded Points tells Consumer Affairs. “The main idea is they’re choosing someone who both makes a good impression on the staff and also sets a good impression of the airline as a representative of the airline’s customers.” Airline staff have a nose for blaggers. They don’t care if you’ve just eloped, your leg’s in a cast or your rabbit died three days ago. That said, you can play the game to a certain degree. And being friendly, courteous and direct will get you an awfully long way in doing so. Grab the initiative by making yourself known – with a little charm, of course.

Read more: Men are happiest when they travel like this

“When you arrive at the gate, introduce yourself to the agent (when he or she isn’t busy assisting other passengers),” says Andrea Rotondo, travel writer for Fodors. “Explain that you have a seat in economy and would be interested in upgrading if economy is oversold. Be friendly and straightforward. If the answer is no, offer your thanks and mention that you’ll be in the gate area if anything changes. Stay in the immediate vicinity so you’re easy to find if the agent needs to make an upgrade. This only happens rarely, but in the event that it does, you’ll want to be in the best position to take advantage of the situation.”

So, there you have it. Work these tips to your advantage and prepare to open the door on a brave new world of miniature toiletry bags, real china and oceanic levels of leg room. All together now: ahhh…

The one travel talent of people in their 30s