Founders update: THE WELLBEING OF OUR COMMUNITY IS OUR PRIORITY

Kick-start vacation season in style, with our edit of the eight best places to travel to in July

Laid-back July is the beating heart of the vacation season; a time when half of Europe and America are packing their bags to hit the beach. To paraphrase the inimitable Will Smith, it’s just a just a bit of a break from the norm.

Play your cards right, however, and you can still find places that are tucked away from the summer madness. Take Slovakia’s High Tatras mountains, a wild and remote wilderness that comes into its own in the long, sunny days of midsummer. Or Botswana’s Ogavango Delta, a vast wetlands playground that you can paddle around by dugout canoe for a front-row view of hippos and crocs. With its colourful towns and vine-covered cenotes, the Yucatán Peninsula is a popular choice all year round. But it’s slightly quieter in July, towards the end of the rainy season. Yes, you’ll likely catch a few daily tropical downpours, especially if you’re on the Caribbean coast, but the torrential rain will start to lose steam. And yet, the hordes have yet to pick up, especially around the crowd-pleasing Mayan pyramids.

Travel tip for July: Head to Isla Mujeres for the annual Whale Shark Festival, which raises awareness around conversation of these beautiful creatures. The full moon causes hundreds of them to gather in the shallow bluewater ringing the island. Canadians migrate en mass to their lakeside cottages during summer months, and it’s only right to follow their lead. The Rockies are so vast and majestic, you should still be able to find a spot of your own if you time it right (don’t travel during public vacations). The long, hazy days of July sees temperatures hit a high of around 22°C in Banff National Park; beautiful conditions to kick back and explore.

Travel tip for July: Take advantage of the warmth with a dip in the glacier-fed lakes that dot across Banff, followed by a Canadian-style cookout between the pine tree shrubs. While the beach crowds descend on Spain and the Italian Riviera, Slovakia remains right off the tourist radar. This is a gorgeous corner of Europe sandwiched neatly between Bupadest and Vienna, but minus the throngs of either. Mooch around the castles and palaces of charming Old Town Bratislava, and grab a glass of local honey wine by the tree-lined Danube river. July falls into peak dry season in Zimbabwe, creating prime conditions for wildlife spotting. The dried-out bush means it’s easier to see Africa’s finest creatures stroll across the Savannah and gather around watering holes for a well-deserved drink. Temperatures are also cooler and there are less mosquitoes compared to the steaming humidity of the wet months.

Travel tip for July: Pop by neighbouring Botswana. In July, highland waters have flooded the lower Okavango Delta, making it navigable by dugout canoe. It’s a great, intimate way of seeing hippos and crocs in their natural habitat. July is shoulder season in Colombia, lying comfortably beyond peak tourist footfall in December-March. It also lands within a short dry spell. So, you’ll have less rain on the Caribbean coast, with its splendid Rosario Islands and Tayrona National Park. And the conditions are ripe for rambling around the Andean highlands outside Bogotá and Medellín; think long, cloudless days and fresh alpine air.

Travel tip for July: Bogotá’s annual Festivales al Parque series hits home in earnest during July, with free open-air concerts from hip-hop to opera bringing the capital alive. A strong sense of community also takes hold at the Medellín poetry festival at the beginning of the month. July is hot and humid in Japan, but on the flip side there are fewer visitors in the main cities. So, you can soak up the timeless allure of Tokyo’s riverside restaurants, temples and parks in relative peace. You’ll find solace, too, in the Hakone alpine region, as Mount Fuji open for climbing in July with spectacular views. And let’s not forget this is prime time for firework shows, an integral Japanese summer past-time that kicks off just past sunset with a cheery festival atmosphere.

Travel tip for July: Not many people think of Japan as a beach destination, but the coast around the Okinawa islands, Japan’s southernmost region, is a dream for sun-lovers come July. Australia is, of course, a year-round destination but July is their winter and it works well on a number of levels. In Northern Queensland and the Great Barrier Reef, rainfall is at its lowest but it’s still warm and sunny. Prime conditions, in other words, for snorkelling, swimming and sailing the Whitsunday Islands. Further down in New South Wales, you may well catch a glimpse of humpback whales migrating up the East Coast. And it’s considered low season for domestic airlines, which means cheaper fees as you navigate this enormous and beautiful country.

Travel tip for July: The annual Splendour in the Grass festival is a great excuse to visit the coastal town of Byron Bay, with its laid-back surf culture and array of hip cafés. It’s held just north of the town from 19-21 July (2019). 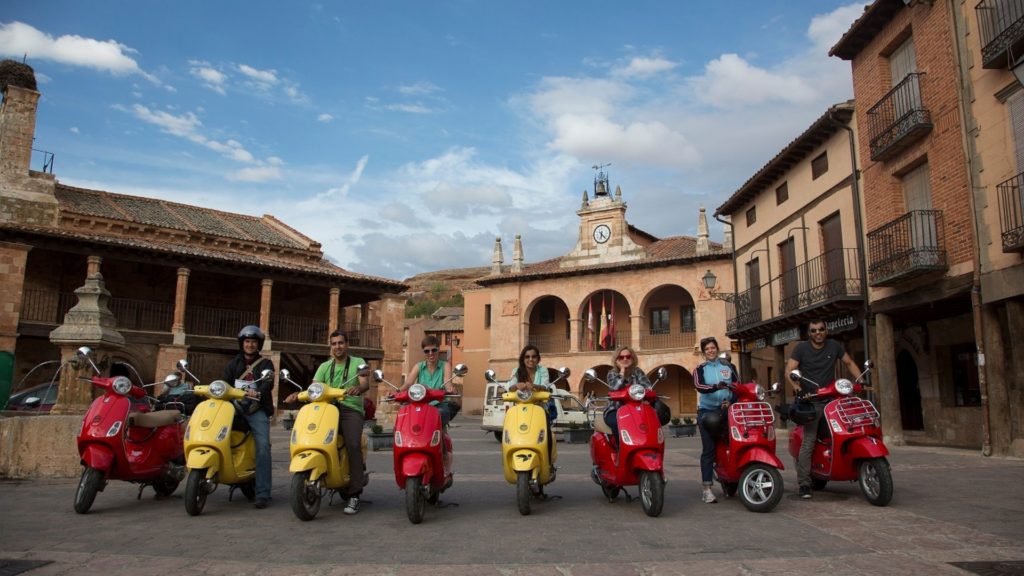 July in Spain is an absolute beacon for tourists, but the hillside Guadalajara region near Madrid is a curious exception to the rule. In this hidden land of medieval towns and rolling mountain ranges, you’ll find only a handful of Spanish visitors – and even then, only at weekends. With Flash Pack, you can learn how to ride retro Vespas along quiet country roads, stopping along the way for wine and tapas in rustic local taverns. The July weather is a blue-sky beauty, but just a touch cooler thanks to the higher altitude.

9 unexpected and wonderful things I discovered in my 40s