Founders update: THE WELLBEING OF OUR COMMUNITY IS OUR PRIORITY

Dive right into the heart of summer madness, with our pick of the best places to travel to in June

Blooming June is a crowd-pleaser at the best of times. But count quiet tropical beaches and hazy hilltop hiking into the mix, and it becomes even better.

This is a month where many travel destinations hit their zenith, from midnight sun picnics in the forests of Finland to the achingly hip Montreal jazz festival, and prime wildebeest theatrics on the plains of Tanzania.

Here’s nine great places to get your teeth into this June (but shhh! Don’t tell the masses): June signals the start of the dry season in this East African nation, meaning clear, warm days and easier access to the tropical highlands. Conditions are prime for one of Rwanda’s biggest draws: walking with gorillas in their natural mountain habitat. Get in before the crowds peak in July and August.

Travel tip for June: as well as gorilla trekking, the clear-sky days are perfect for mountain biking in the Virunga mountains. June is when Montreal, the cosmopolitan hub of Quebec, comes into its own. The city lights up with hip-swinging beats as the world’s largest jazz festival, the Festival international de Jazz de Montréal, kicks off. There’s also the Montreal Grand Prix. Meanwhile, outside the city, warmer temperatures call visitors to the Laurentian Mountains – Quebec’s summer-time playground.

Travel tip for June: If you time your Montreal visit for the first Friday of June, don’t miss Les Premiers Vendredis; the largest gathering of food trucks in Canada. 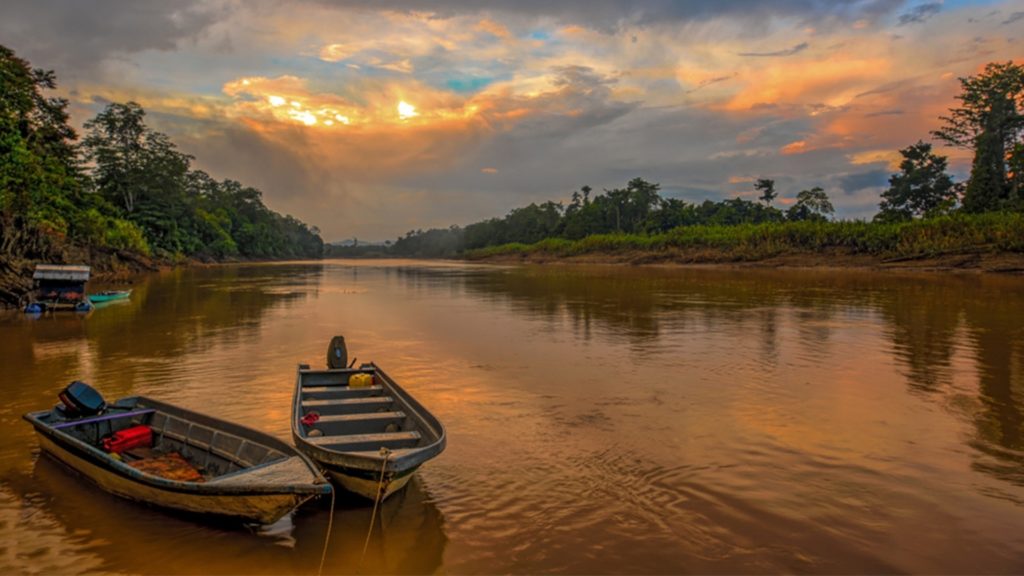 A hot, dry climate takes hold across Borneo in June, making it an excellent time to visit. Over in the rainforests of Sabah, it’s fruiting season – so the odds of spotting orangutans are higher, as they forage in the jungle canopy. Lower rainfall means a better experience of hiking and adventure caving in Sarawak destinations such as Mulu National Park, too.

Travel tip for June: Get yourself over to the conservation area of Selingan Island to see green sea turtles lay their eggs on the beach at night. June is a euphoric time for this Nordic nation, spelling the start of “terrace season” after their famously long winters. In Helsinki and other cities, Finns spill out onto sidewalks and park terraces for a glass of cider, taking advantage of endless midsummer days where the light barely fades. The warm, bright glare of midnight sun makes for fabulous all-night parties, from picnics on the beach to forest grills. Camping, sailing and wild swimming are all popular activities, too.

Travel tip for June: Make a beeline for the newly-launched Solstice festival, with two days of live acts, DJs, hiking and rafting at Rukatunturi ski resort. As far as June travel destinations are concerned, Morocco is a top bet. The start of summer heralds in clear, warm days with up to 10 hours of sunshine, but it’s still mild in the Atlas highlands. Cooler temperatures in the mornings and evenings make ideal hiking across the Ait Mizane valley, especially on the Mount Toubkal route. There’s less rain but the hills are still alive with an early-season bloom of wild orchids, poppies, blue gentians and more.

Travel tip for June: after heading for the hills, pop the imperial city of Fes on your radar. It’s not too hot to explore in June, and you can hit up the annual Fes Festival at the same time. As Tanzania’s rainy season gives way to dry heat in June, vegetation on the open plains of the Serengeti quickly recedes. The arid, yellowing terrain promise great visibility for big game spotting, especially in northern regions. Wildebeest herds flock into the Western corridor at the start of their annual migration, while zebras, giraffes and elephants gather around river mouths and watering holes.

Travel tip for June: Don’t forget to look up from the wildlife now and again: the clear skies of June bring spectacular star-gazing in the bush. In June, the Inca hills of Peru (including Machu Picchu) are flush with green from recent rainfall. At the same time, it’s dry and cool enough for cycling and hiking around the Sacred Valley highlands. A typical June day in the Cusco hills brings blue skies and crisp sunshine, with chillier nights. Meanwhile, the beauty that is Rainbow Mountain becomes accessible again after months of heavy snowfall.

Travel tip for June: Don’t miss the Inca Festival of the Sun marking Winter Solstice on June 24, with an infusion of colour, music and pageantry. Temperatures soar to a balmy 25°C in June-time Sicily, with dazzling blue skies and long spells of delicious sunshine. At the same time, the beaches are still fairly quiet during weekdays; this is just before peak season of July, with its summer vacation masses. It’s perfect weather for mooching around the island’s mountainous terrain, amid a maze of hidden lagoons and waterfalls.

Travel tip for June: ramble through the food markets of Palermo and Catania for a full appreciation of its summer harvest, from peaches to figs, watermelons and all kinds of seafood. June is shoulder season in Bali: you can sneak in before the hordes get serious, around the July and August mark. Life on the Island of the Gods is chilled at the best of times, but it’s yet more relaxed at this point, when the restaurants and beaches are less busy. It’s also dry season, with less humidity for hiking in the jungle hills of Ubud. Meanwhile, in beach destinations such as Seminyak, the mercury hovers around the mid-20s mark, with bright, cloudless days.

Travel tip for June: Zip over to the traffic-free island of Gili Air to bask in the barefoot lifestyle before the crowds descend.