Does a man’s strength lie in his tears? In his monthly Flash Pack column, adventurer Ed Stafford reveals how he shed his stiff upper lip and instead learnt to meet his emotions head-on, in a tale of modern-day masculinity.

Vulnerability is basically weakness. That’s what my very British upbringing taught me. Man up you naval-gazing wimp, and dry your f**king eyes. Admit to being emotionally sensitive in the playground and you might as well hang a sign around your neck saying, “kick me”.

In the military, as an officer, we were even told that we should never show “public displays of affection” lest our soldiers thought we were soft. Holding hands with your wife or girlfriend in public was a chargeable offence.

Indoctrinated with this cultural bias, I openly admit that I walked the Amazon, in part, to prove how tough I was. It was vital, as a 33-year-old man, that I did something that would display that I had balls of steel. You could not possibly question my strength and resilience.

Cutting through the armour I remember doing some camera training before I left in Streatham Common, London and, when asked by Ed Stobbart, the then head of Ginger TV, how I felt, I gave my standard reply, “Fine”. I wasn’t lying – I was fine. I was always fine. Of course I was bloody fine. In his ridiculously deep voice he replied, “That’s not going to work for TV Ed.”

“We need to know how you really feel.” he growled, “Are you nervous? Frightened at what you’re undertaking? Full of self-doubt?”

This immediately took me right outside of my comfort zone. Why would I even contemplate such emotions? They were weaknesses that must be stamped out weren’t they? If I wasn’t going to acknowledge them in my own mind why on earth would I admit them out loud on camera?

“Fine is boring Ed,” Ed continued. “It doesn’t let me in. It doesn’t allow me to understand you or relate to you. Fine is your armour.”

I allowed this to sink in. I’d never contemplated what he was suggesting. I was about to undertake a world-first expedition to show the world that I was as tough as a bulldozer, and he was suggesting that I reveal my emotions. This wasn’t going to work.

Finding courage to be fearful Now 43, a decade on, I write this article a very different human being. During the course of the 860-day expedition to walk the Amazon, I was humbled time and time again. I began to realise that it was indeed how I overcame fear, hunger, depression that was interesting; not simply that I got on with it and “never gave up”. That’s superficial – and barely scratches the surface.

If you are genuinely always fine then that is, of course, fine. You will go through life not being stretched as you can cope with everything that life throws at you. But I would argue too that you will not learn much, you will not evolve as a person, you will not get wiser.

We all know that personal development happens when people are pushed outside their comfort zone. When they go travelling alone for the first time for example. They are forced to adapt in order to deal with the new reality that they are facing. Another simple example is public speaking.

If this is something you never do then there is a good chance that on your first attempt that your legs will be shaking, your mouth will be dry, and your voice will on occasion, wobble. But if you put yourself in this position and get through your first talk, you will gain confidence from the experience, and you will be in a better position to do your second. You will have grown. And you will have done so because you allowed yourself to be vulnerable. 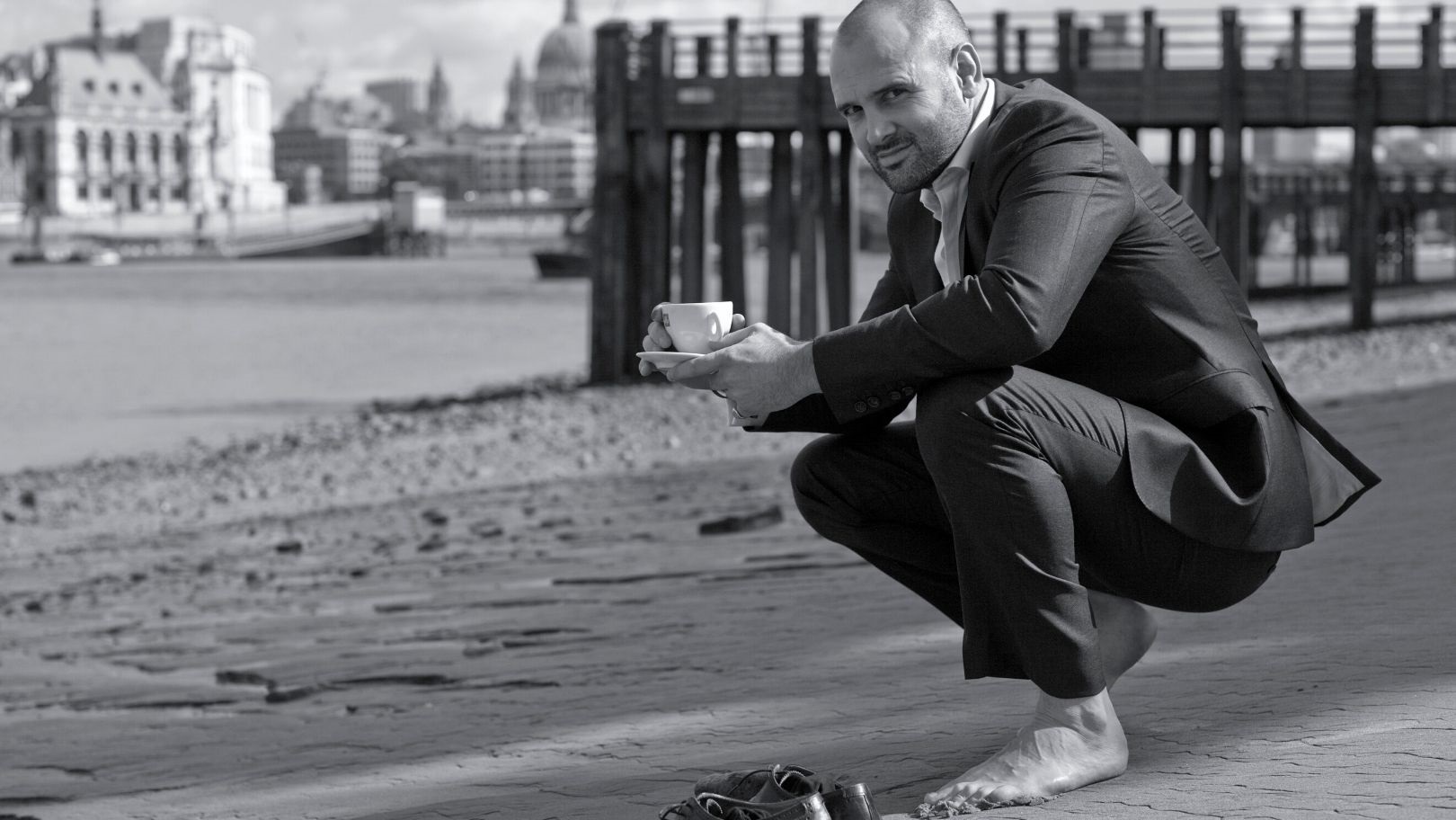 I currently have a love-hate relationship with my current Discovery Channel series First Man Out. I love travelling to new places, I love being outdoors and making practical decisions when faced with problems, but I hate the vulnerability of potentially losing the race to my competitor. It ties me in knots every time – but that’s why it keeps me on my toes – that is why it is good for me.

Sport is no different, which is why I think it is such a healthy pastime for people of all ages. You can prepare as thoroughly as possible and yet still get beaten on the day by a better team. If you care about sport this can be a painful pill to swallow, and yet, of course, it is the losses, the failures, that teach us the most and force us to get better.

I’ve now got to the stage where I’ve lost respect for so called “tough guys” – the very people I was trying to be like a decade ago. It seems obvious now that if you have to build an image to hide behind that you are inherently not as tough as you’d like to think you are.

One of my greatest teachers in life has been Jeremy Donovan, a mixed race white-Aboriginal Australian who gave me coaching before I stranded myself on a Fijian desert island for 60 days. Jeremy once said to me that a man’s strength was to found in his tears. Jeremy is no wimp I can assure you. He’s a brick of an outside centre at rugby and he has the inner strength of someone who is deeply connected to his ancestors.

The freedom to reveal yourself You are also now free. As you open yourself up to your emotions you are free to cry, which means you are also more free to laugh. Your capacity to engage with life is heightened and because there is no longer a wall in between you and others, your ability to connect with others is so much greater.

In my job I meet a lot of ex-special forces guys. Often they will meet you with a stiff distant handshake as they have invariably experienced some pretty horrific traumas and they have shut down their emotions as a self-defence mechanism. The longer they work in TV, the more you see this emotional guard start to crumble as they are having to deal with emotional TV luvvies. But it’s a beautiful site to see the emotions returning and the first time you manage to get a hug rather than a handshake. It’s a sure sign that they are getting better, and that their capacity to enjoy life again is coming back.

Dare yourself to be more vulnerable every day. It’s not the easiest path to take – it’s the one that leaves you terrifyingly open. But that’s the point

Best places to go in March: Our top 10 picks