Being permanently ‘on’ has become the modern world’s default setting. We’re expected to juggle multiple tasks, work longer hours, to respond to emails from our sun loungers. But none of us seems to be getting more done. In fact, many of us are stuck in a work quagmire where the more we attempt to do, the less we tick off our increasingly daunting ‘to-do’ lists.

While the demands of high-pressure jobs mean that people are increasingly overstretched, many of us are guilty of confusing being busy with being productive. Looking the part is not going to get stuff done. Equally, the image of productivity – meetings, staying late, answering emails immediately, working weekends – is often the antithesis of it.

You could get more done – and done better – by ditching some bad habits and picking up some better ones, but not ones that are all that obvious. Here are a few tips on how to be more productive that might surprise you… Yes, sloping off for a snooze could be the best use of 20 minutes in your day. Napping is an elixir for unproductivity; an afternoon kip is like 10 espressos without the jitteriness, a mini-break without the expense.

A study by NASA on sleepy military pilots and astronauts found that a 40-minute nap improved performance by 34% and alertness by 100%.

Another study in the American research journal Sleep examined the benefits of naps of various lengths and no naps. The results showed that a 10-minute nap produced the most benefit in terms of reduced sleepiness and improved cognitive performance. A nap lasting 30 minutes or longer is more likely to be accompanied by sleep inertia – the grogginess that sometimes follows sleep.

According to the American Sleep Association, Albert Einstein was one of several famous nap fans. And It’s not a surprise that Einstein liked a kip, as one of the benefits of power napping is improved creative problem-solving skills, with a quick 40-winks refreshing your mind and helping you reconfigure.

A post-lunch nap also boosts your ability to learn by making it easier for you to remember important information. It can also help you reduce stress levels which will also improve productivity as stress can be a productivity killer (although a little bit can be motivating).

2. Don’t kid yourself about multitasking Being able to juggle is no longer the preserve of circus acts, but an asset demanded in many roles outside of the Big Top.

The myth of multitasking has gripped the modern workplace, but very few of us (yes, men and women) can do more than two things at once well. Every time we switch from one task to another, there is a start/stop/start process in our brain – so we’re not simultaneously doing two things at once, we’re doing one thing, then another and the milliseconds it takes our brain to switch gears is costing us time and ultimately makes us less efficient. If you really want to be productive, you’ve got to make a point to do one thing at a time.

3. Keep the engine ticking over

While it might seem like a nice problem to have, and one most people are unfamiliar with, there are times when your workload is a little lighter than usual. Hooray, you say, but having too little to do can leave you feeling sluggish, less focused and, when you are suddenly presented with some work, you may find it difficult to get motivated – you may even feel a little resentful that this task has intruded on your social media time.

In order not to fall into this productivity pit, turn off Twitter and spend the time doing those admin tasks you say you never have time to do – sorting files, forward planning, thinking of improvements your workplace could make around, say, mental health, anything that keeps you in the flow zone. Use the time to take the initiative, and do things for the sake of practice, exploration and development to hone your skillset.

And seize the opportunity of being able to take lunch breaks and use that hour (or more…) to go to the gym or take a yoga class – exercise is a great way of boosting energy levels and fuelling productivity. Many of us are guilty of reaching for our phones as soon as the alarm goes off. While there’s an argument that checking emails before you get into the office is a good way of clearing the decks in relative peace and quiet, it also means you’re allowing other people to dictate how your day is going to pan out. This can put you on the back foot as you then allow tasks on your to-do list to drop down to accommodate these extra demands.

If you must check emails first thing, respond only to the urgent ones and file any that can be dealt with later once you’ve got some of your own jobs out of the way. And if you are a compulsive email checker, close your Outlook and schedule in time (say, at two-hour intervals) to go through your inbox to prevent a false sense of productivity.

Read more: Why you don’t need to get up at 4am to be successful

5. Only spend 20 minutes doing something (or 10 if you’re really struggling)

Setting aside a whole morning to dedicate to a task you’ve been putting off for ages in the hope this chunk of time will give you the scope to knuckle down to it often has the opposite effect. In can be more productive to tackle a big job little by little. Sometimes known as the Pomodoro method, give yourself 20 minutes to sit and work on something with no interruptions. Once the 20 minutes is up, take a short break before resuming your task for another 20 minutes and so on. It’s amazing what you can get done when you are on the clock and know there’s an end point.

6. Have a long and social lunch 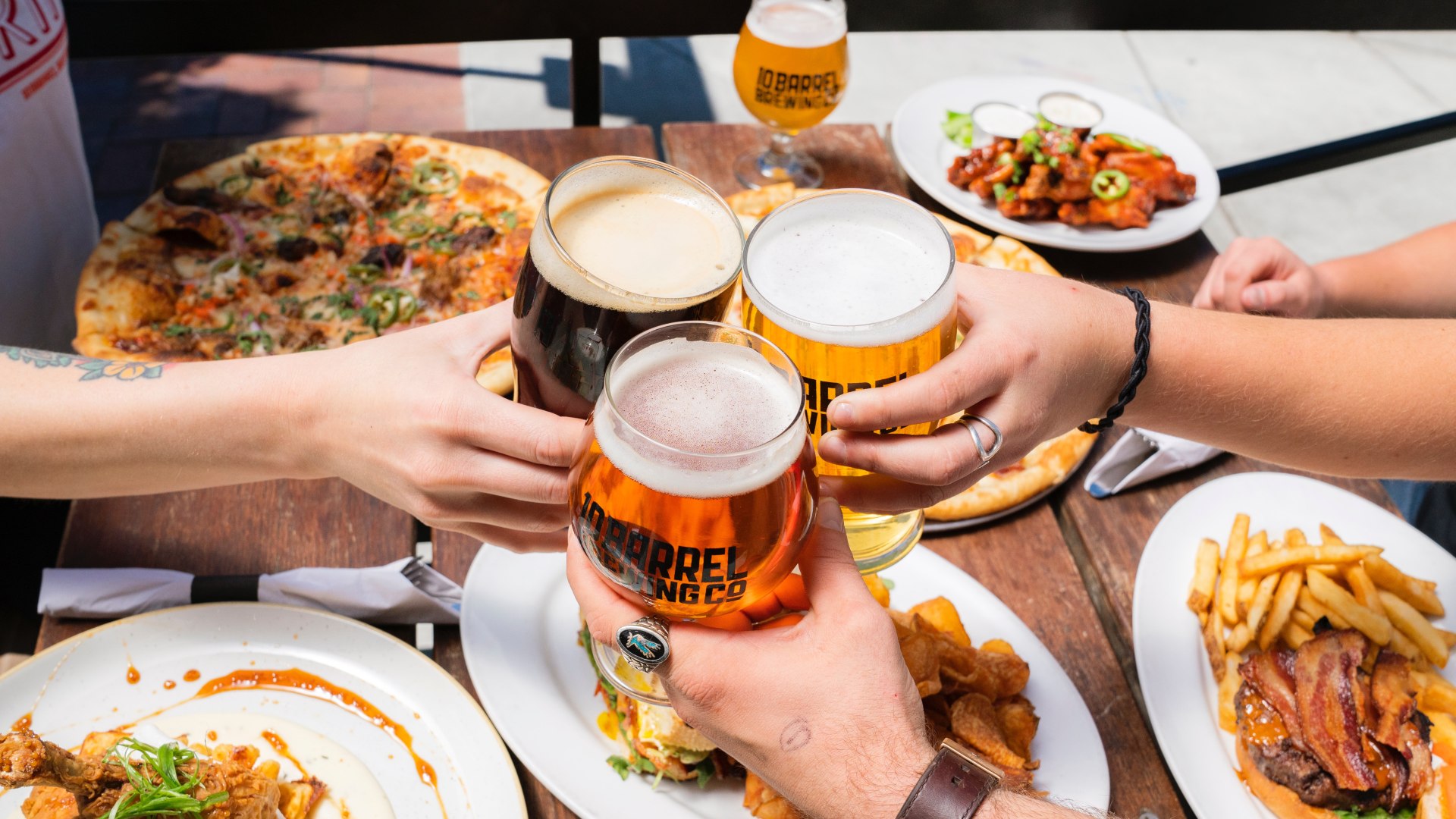 Productivity tips don’t get better than this. Getting your colleagues around a table that doesn’t have a speakerphone in the middle of it could prove beneficial in several ways. Whether it’s an organised meal at a local restaurant or sitting around your desks with BYO food, spending an hour chatting is not only a way of unwinding, but a leisurely lunch can inspire an informal brainstorm where ideas flow better than in more structured environments.

As you relax, the ‘diffuse’ part of your brain that is responsible for creative thinking is unlocked, allowing you to think clearer and with results that may bear more fruit than a long drawn out meeting.

Getting to know your colleagues better could help you work as a team, lightening the load for everyone and ensuring people’s skills are used to the best advantage of everyone.

There will be rare times when staying late is warranted, but it can become a habit and one that indulges unproductivity – if you know you won’t be leaving at 6pm, you are likely to be less dedicated on getting the job done in time. Giving yourself boundaries can motivate you to work harder within those parameters and encourage you to stay focused.

When you plan your day, ask yourself what would keep me at work late? Put that task at the top of your to-do list to give yourself the time to complete it.

Working long hours can contribute to stress and ultimately burn out, which leaves people feeling negative and irritated. As much as we may get out of work, leaving on time will give you more time to exercise and to socialise with friends and family. Allowing yourself time to unwind and reboot is the best productivity tool you can have.

How to quit your job gracefully