An intriguing new report casts light on the priorities of single women in their 30s and 40s, as a growing and influential subculture.

US-based research company Hill Holliday/Origin carried out in-depth interviews with over 1,000 single women aged 30-45 who have never been married and don’t have children. They also interviewed single men in that same life stage for comparison purposes.

The amount of unmarried people in the States has more than doubled since the 1960s, making up over 45% of the population and mirroring a trend for marrying later (or not at all) that is playing out the world over. “Being single is no longer a life stage; rather, it’s become a state of being,” the study say. “Despite this dramatic shift, single women still believe that there is an expectation from others that you can’t be happy in your 30s or 40s if you’re single.”

Reaching beyond this perception, researchers looked to unveil the goals and ambitions of women flying solo, at “a pivotal time when they begin to plan their future for ‘me’ and not ‘we.'” 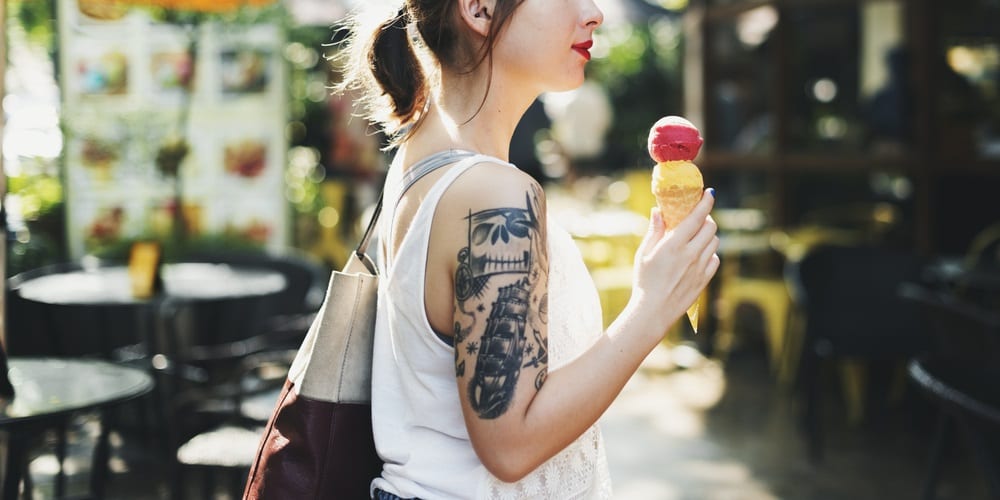 Single women of today tend to generate a narrative of “confidence, ambition and independence”, the report finds.

Although 57% agree there’s an expectation that you can’t be happy in your 30s or 40s if you’re single, most are actually content with going it alone (shocking, we know).

“On the whole, today’s single women have a strong sense of self and reject the outdated notion that they’re missing out on all that life has to offer,” say the study’s authors. “Marriage just consumes less space in the lives of single women and in our culture than it once did. In fact, our study shows that most single women age 30–45 enjoy being single more so than their male counterparts […] single women have complex self-perceptions, but they generally view themselves and others like them (unmarried, without children) in a positive light.”

Independence is the leading quality single women associate with others like them, followed by confidence, responsibility, and strong-mindedness. Single women of today are driven by a clear sense of ambition, and rank career as four times more important than having children, in terms of life priorities.

Living alone is considered the most important life milestone among this group, followed by career and financial security. Meanwhile, marriage and having children – just 50 years ago the standard expectation of womanhood – fall further down the list.

Over 40%  feel being single has a positive impact on their career advancement and earning potential; although it could be something of a double-edged sword. “Single women may be expected to do more at work – to stay later, to pick the up the slack for co-workers with children, and to keep their own desire for work/life balance to themselves,” researchers say. “Despite this, our survey found that single women think there are more pros than cons to being single in the workplace.”

The study’s respondents were all asked where they wanted to be in five years’ time.

“Progressing with a forward-looking company,” runs a typical response. “Travelling three to four times a year. Adopting a child.” One clear theme that runs through the report is a love of travel.

Read more: “I embraced my thirties crisis – here’s why you should, too”

Globe-trotting hits the top spot in personal priorities among single women in the report, reaching above both marriage and owning a home.

Single women are twice as likely to rank travel as a top priority over having children. And 26% of single women are comfortable travelling alone, reflecting a worldwide movement of solo female travel.

One woman embracing this trend is 31-year-old Kristin Addis, of the travel blog Be My Travel Muse.

“I am definitely seeing more and more women travelling solo on the road now and it’s so encouraging,” she tells Flash Pack. “Travellers are friendly people. It’s the easiest to find someone else who is alone, and trust me there are a lot of us.”

And let’s not forget, single men in their 30s and 40s are also catching on to the solo travel phenomenon: meaning there’s plenty of scope for adventure all round. Like anything in life, the snapshot of the modern single woman presented by this latest study is not entirely rosy.

Being single is not a guarantor of happiness, any more than being in a relationship is. And despite a general feeling of contentedness, researchers picked up on some areas of uncertainty among single women.

For example, “While confident, many single women still carry concerns over achieving financial security and over whether or not they will ever find a partner or have children.”

As one woman put it, “It’s not that I’m desperate to be in a relationship now… I look and say, I’m 38 now, oh my goodness, I don’t know if I want kids, but I’m running out of time.” The report also finds that some single women are uncomfortable with negotiating pay rises, and are less comfortable than single men at managing investments.

But overall, single women are more empowered now than at any point in history, with clichés around singledom falling to the wayside like tumbleweed.

Read more: People, not pay, are the key to a happy job

“Centuries ago, unmarried women over age 25 were considered a burden on their families and were often shunned from social circles,” says Lesley Bielby chief strategy officer for Hill Holliday. “So unless they were lucky enough to have the talent and drive of the Brontë sisters or Louisa May Alcott, they faced a life of modest accomplishments and possible financial hardship.

“In 2018, this kind of bias has no place or relevance in modern culture. These women are independent, accomplished, and have tremendous spending power — it’s time to recognise that.”

Unwind and recharge with a green therapy hit