This May, we’re turning the focus onto our oceans. Covering over 70% of the world’s surface, our oceans are fundamental to life on earth – and they’re under grave threat from climate change and plastic pollution.

Here in the office, we’ve decided to make a change. From now on, we’re eradicating single-use plastic bottles from all of our adventures to countries with safe drinking water. Little by little, we want to fuel the change needed to save our oceans from plastic pollution.

Here, we dive into some important questions about the future of our seas and what we can do to help. Life beneath the surface

The ocean is the world’s largest habitat, home to countless millions of species, from plankton to the magnificent blue whale. It’s one of the great enigmas of life on earth; 80% of our seas are unmapped and unknown, meaning that we know very little about the various marine life forms that exist beneath the surface.

Octopuses, dolphins and whales are among the most intelligent non-human species on earth, with proven abilities in logic, self-awareness, communication and playfulness. Their alien intelligence resembles our own in many ways, and we may see something of ourselves in these canny marine animals.

Perhaps that’s why we react with such horror when we discover dead whales washed up with 50 pounds of plastic in their stomachs.

We’re facing a huge crisis when it comes to ocean pollution, with an estimated 12.7 million tonnes of plastic flowing into our seas every year. Plastic waste has been known to choke and entangle turtles; when mistaken for food, it can puncture internal organs and cause blockages.

Pollution has infiltrated the marine ecosystem and food chain, with everything from plankton to seabirds ingesting it in toxic amounts. Our coral reefs, the ‘rainforests of the sea’, are in grave danger from overfishing and pollution, with risk of disease increasing 20-fold through contact with plastic.

And nowhere is safe from the diffusion of waste – not even the deepest point on earth. 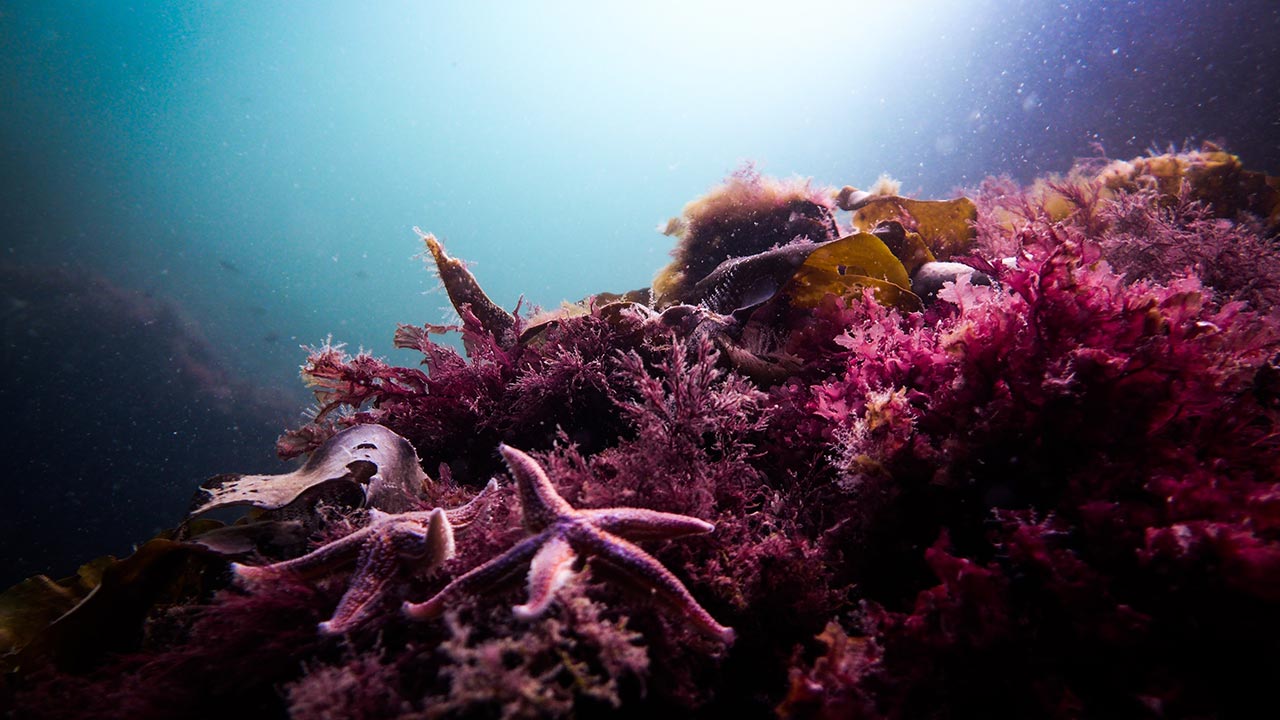 Plastic pollution in the deep

The Mariana Trench is the deepest natural trench in the world. It’s shaped like a crescent-moon scar on the face of the earth, located east of the Philippines in the western Pacific.

An underwater abyss plunging into the depths of the earth, the distance between the ocean surface and the lowest point of the trench is nearly 7 miles – greater than the height of Everest.

Yet even here, so far away from the human world, marine life forms are feeding on plastic waste. In fact, marine biologists from Newcastle University found that every animal they tested had plastic in its gut.

According to Ed Yong at The Atlantic, some creatures were found to be carrying pollution levels 50 times greater than those found in crabs in one of China’s most polluted rivers.

In a harsh habitat devoid of sunlight, food sources are scarce; an environment which has turned deep sea creatures into exceptional scavengers. And in the absence of other food sources, small animals have been eating plastic waste and marine debris, before being eaten by larger sea creatures.

This is catastrophic news for marine ecosystems, as plastic pollution builds up through the food chain, and it’s clear that we desperately need a solution.

Is there a solution?

The world is starting to wake up to the truth that plastic pollution is choking our ecosystems. As awareness spreads, we’ll see more movements spring up to counteract the damage caused by plastic.

According to the National Geographic, Peru has passed a decree to phase out single-use plastics over the next 3 years. What’s more, “visitors will no longer be allowed to carry in single-use plastics into Peru’s 76 natural and cultural protected areas, from Machu Picchu to Manu to Huascarán, or national museums.”

Meanwhile, in Washington D.C., plastic straws are now officially banned from the city, with businesses facing fines if they continue to offer them. The US capital follows the example set out by Seattle in 2018, as these cities attempt to redress the impact of these damaging single-use plastics on the environment.

In 2018, 250 companies responsible for 20% of the world’s plastic packaging pledged to reduce their waste. Led by the Ellen Macarthur Foundation, companies such as H&M, Unilever, L’Oreal and Coca-Cola have committed to long-term targets and regular reviews, as well as publishing a yearly report on their progress.

In short, good things are beginning to happen around the world – but we still have a long journey ahead of us. What you can do

As environmental movements start to gain momentum, we can all make a difference by lending them our support and increasing pressure on companies and industries.

Here are 5 easy ways in which you can reduce the demand for single-use plastics:

Above all, spread the word. Awareness is key to making a positive impact, so tell us what you’re doing for the environment and share your pics here on #picsworthsharing.