This May, the Flash Pack Foundation turns the lens onto our oceans. Covering over 70% of the world’s surface, our oceans are fundamental to life on earth – yet they face a multitude of challenges in the wake of environmental change. Could the Attenborough Effect play a vital role in shifting our perspectives?

With Our Planet now airing on Netflix to widespread acclaim, we see Sir David Attenborough return to our screens with a grave message: we’re facing a huge ecological crisis of a scale that cannot be underestimated.

Environmental activists have been saying it for years, yet finally, the message has broken through to mainstream society.

What was the tipping point? With Sir David taking to the screens on both Netflix and the BBC, the ‘Attenborough Effect’ is shifting the scales of public consciousness.

In the wake of Blue Planet II, viewers were left shocked and compelled by what they saw to change their consumption habits. With the tragic sight of the remains of an albatross, killed by ingesting plastic on a remote beach, the message rang true and clear. This is the influence of the Attenborough Effect taking shape.

A recent study suggests that news stories, social media and documentaries are the most impactful mediums in shaping public attitudes towards sustainability.

In light of this, few public figures are better placed to spearhead the movement against environmental destruction.

At nearly 93 years of age, and with a career spanning over half a century, the iconic naturalist has made environmental issues accessible to a vast range of people.

In fact, the Attenborough Effect has seen a 53% drop in single-use plastics in the last 12 months alone. Those with buying power, particularly younger consumers, are more considerate than ever before, with a rise in sustainable packaging and reusable products.

Plastic pollution is one facet of the many challenges facing our oceans. This week, we delve into the wider questions surrounding the health of our seas. 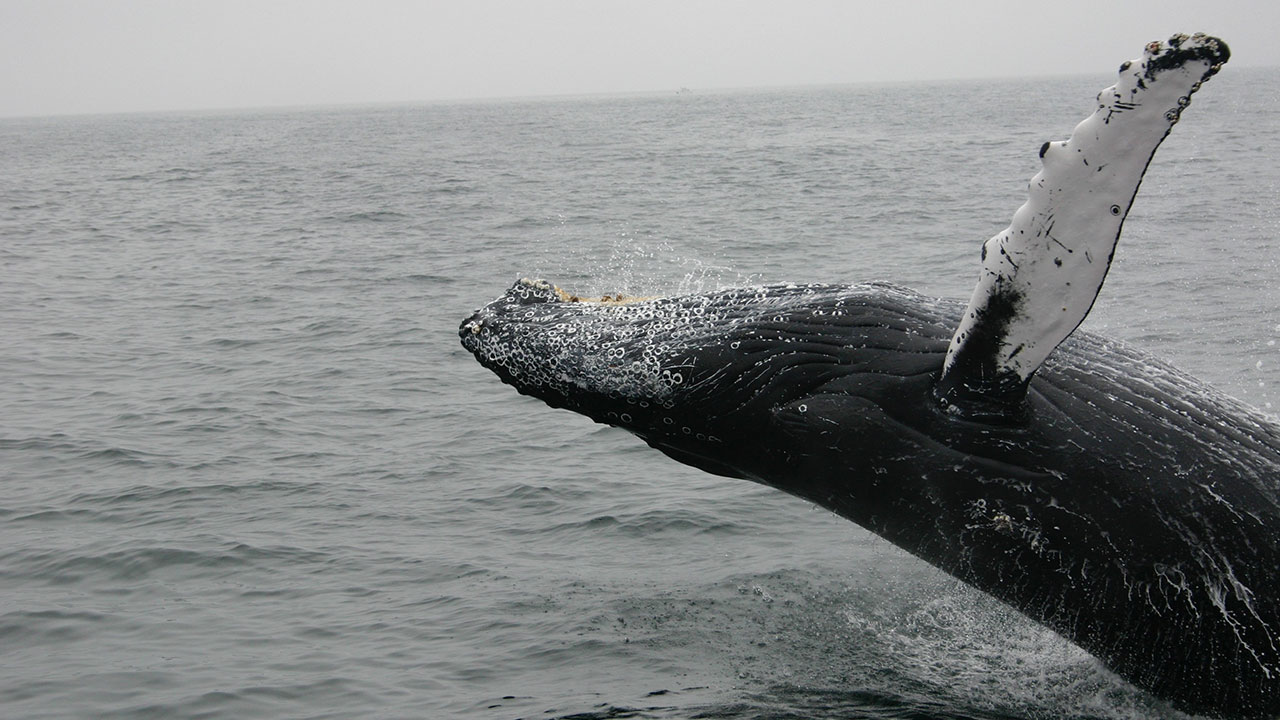 The importance of the shallow seas

Coastal seas are right at the front line in the fight against climate change, with their habitats playing a fundamental role against the warming of our oceans. In fact, sea grass absorbs 35 times as much carbon dioxide as the same area of rainforest.

Amazingly, coral reefs – despite covering less than 1% of the seafloor – are home to a quarter of marine species. They are of tantamount importance, a vital source of sustenance to the marine communities of the shallow seas.

But our coral reefs are in danger. You may be familiar with the sight of ghostly white corals billowing beneath the surface. While eerily beautiful, this is nothing to admire – because this is the haunting sight of corals in their death throes.

Why does this happen? Microscopic plants live in the tissues of coral reef, which lends them their colour and provides them with nourishment. As the seas warm – by even a degree – the corals expel these plants, losing their vital food source and turning white.

We need only look to the Australian Barrier Reef as a case in point. In 2016 and 2017, over a thousand kilometres of reef flickered white. Within 6 months, these corals were dead and their communities had perished alongside them. Across the world, half of all coral reefs in shallow waters have already died.

Their steady demise comes alongside the loss of one of their most important inhabitants. Sharks used to be a prominent member of coral communities, but as a result of overfishing, the world’s shark populations have diminished by over 90%.

Perhaps one of the most misunderstood creatures, sharks are crucial to the survival of the ocean’s corals because they feed on the predators that graze on smaller fish, which in turn helps to keep the corals free from seaweed and parasites.

Yet it’s not just predators that are important to marine ecosystems; smaller fish are equally vital in supporting the lives of larger animals.

Take the case of pacific herring. This is one of the world’s most populous coastal fish stocks, sustaining larger creatures such as eagles and humpback whales. As Attenborough shows us in the Coastal Seas episode of Our Planet, humpback whales travel all the way from the tropics to Alaska to feast on herring – their first meal in months. 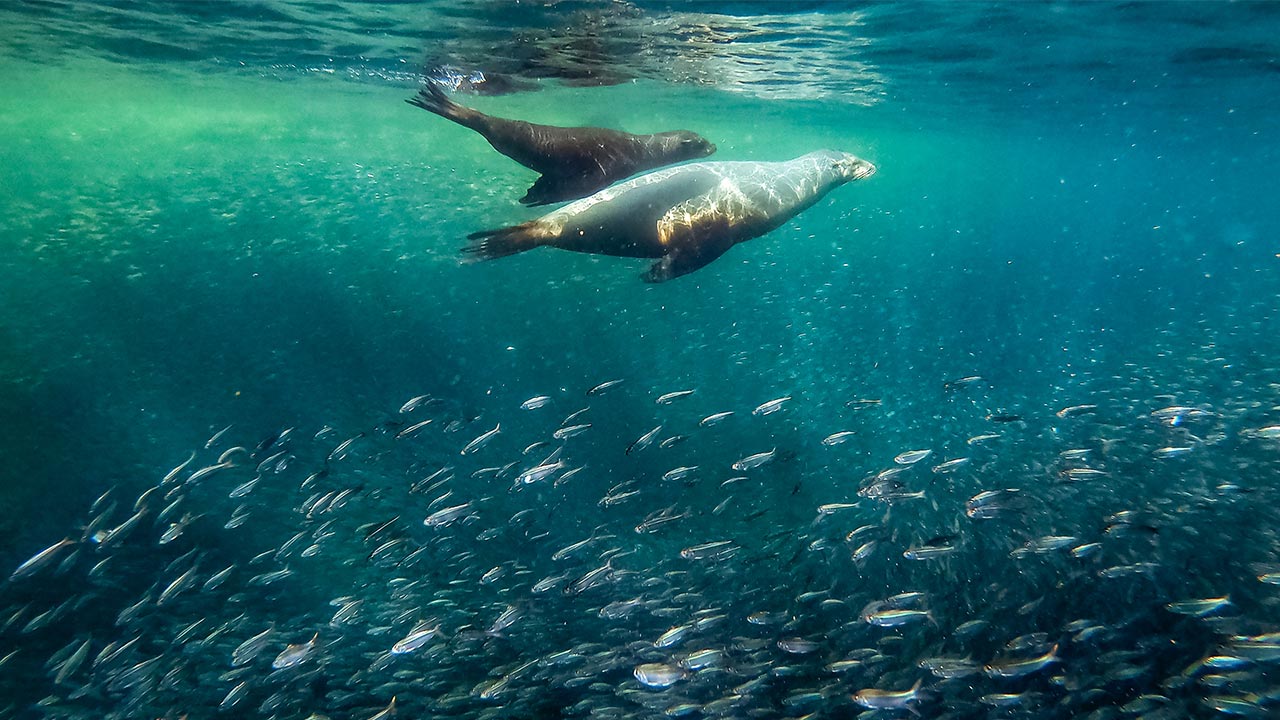 Small fish such as herring sustain other life forms on earth. And while it’s one of our most populous fish, numbers are dwindling fast.

A recent report from the UN has found that ‘only 3% of marine areas are free from human pressure. Industrial fishing takes place in more than half the world’s oceans, leaving one-third of fish populations overexploited.’

Attenborough tells us that in coastal seas, compass jellyfish are now taking over waters that traditionally belonged to fish populations.

Immense swarms of jellyfish form as a result of negative human impact, such as overfishing and global warming, and they provide little sustenance to other life forms.

Environmental journalist George Monbiot warns that life is collapsing in our seas even faster than on land. His suggestion? Stop eating fish. ‘Until fishing is properly regulated and contained, we should withdraw our consent.’

The verdict is damning: we desperately need to act. Is there hope for the future?

Attenborough’s coverage of the coastal seas ends on an optimistic note, highlighting the success stories of recent years.

The southeast Asian islands of Raja Ampat are a prime example of how we can rewild our environment and bring life back to our shores. For years, unregulated fishing meant that the archipelago was stripped of its shark and large predators.

When the waters became fully protected in 2007, the local ecology began to recover. Today, the shores are a nursery for baby sharks, providing a haven for 25 times more sharks than a decade ago.

As sharks return to coral reefs, they bring life back to our coasts. Fish are amongst the most resilient life forms on the planet. This is good news, because it means that rewilding marine communities is relatively straightforward.

At the moment, only 7% of our coastal seas are protected; Attenborough advises that we need to increase that number to 30% to see our marine populations flourish once more.

As he puts it, ‘most coastal fish grow fast and breed in vast quantities. The solution is therefore simple: we need to stop fishing in the places where fish breed and grow big.’

By simply enacting protective measures in our shallow seas, we can turn the tide on an ecological crisis and bring life back to our shores.

The Attenborough Effect has had a powerful impact on our attitudes towards plastic waste. Let’s hope it’s just as influential in the fight to rewild our oceans.

Friendship on the road: 10 of our favourite films