Casual dating is on the rise around the world, but in Norway it’s long been a fixture. This is a country where the normal “rules” of dating are reversed: sex typically comes first and emotional intimacy follows more slowly – if and when the vibe is right. Could this counter-trend be a model for happier, more honest relationships?

Sex before dinner and a movie For as long as dating culture has existed, there’s been an expectation to “wine and dine” your partner.

Not in Norway, though. Here, you’ll most likely meet in a bar or via Tinder and then move quickly to the sex part.

“If you wake up the next morning and the person is still next to you, you invite her for a date,” quips Julien S. Bourrelle, author of The Social Guidebook to Norway.

“Only then can you say ‘hej!’ if you meet in the hallway. Then you invite for a second date and then for dinner. Because dinners in Norway are not a way of getting to know people. They are the result of an established relationship.”

While there’s an element of caricature to this description, Robin Westberg, a trainee nurse from Oslo, says that it’s “rare” for a couple in Norway to wait longer than a few casual dates to have sex.

“From my own experience I meet most guys on apps, and on seldom occasions, I meet them at a party or at a bar,” he says. “The rules are grab a drink on the first date, very low key. It is quite normal to sleep together on the second or third date. Then you could go and have dinner. Or have an activity to do together, like a bike ride, hike, swim or something.” Higher executive officer Linn Kristin Sande recognises this experience. For her and her friends, a typical series of dates will begin with beers and sex, before graduating to the more serious business of seeing a movie together.

“It’s often someone asking you out for a beer (on Tinder, in a bar, at a party) and then you hang out for a bit to see if this is worth going for,” she says.

“And if it is, you go for more beers, and you might sleep together in this period of just testing it out. And then you eventually start doing more ‘serious’ things like watching a movie at your place.”

It would be considered “a bit much” to ask someone for dinner on the first date, she adds.

“I think most young people in Norway would prefer to be asked for a drink (or a coffee) so that you have an easy out if the date isn’t going that well.”

This is partly down to Norway’s lack of eating out culture, too, meaning going to a restaurant together “become really formal really fast”.

Sex isn’t a big deal – but intimacy is 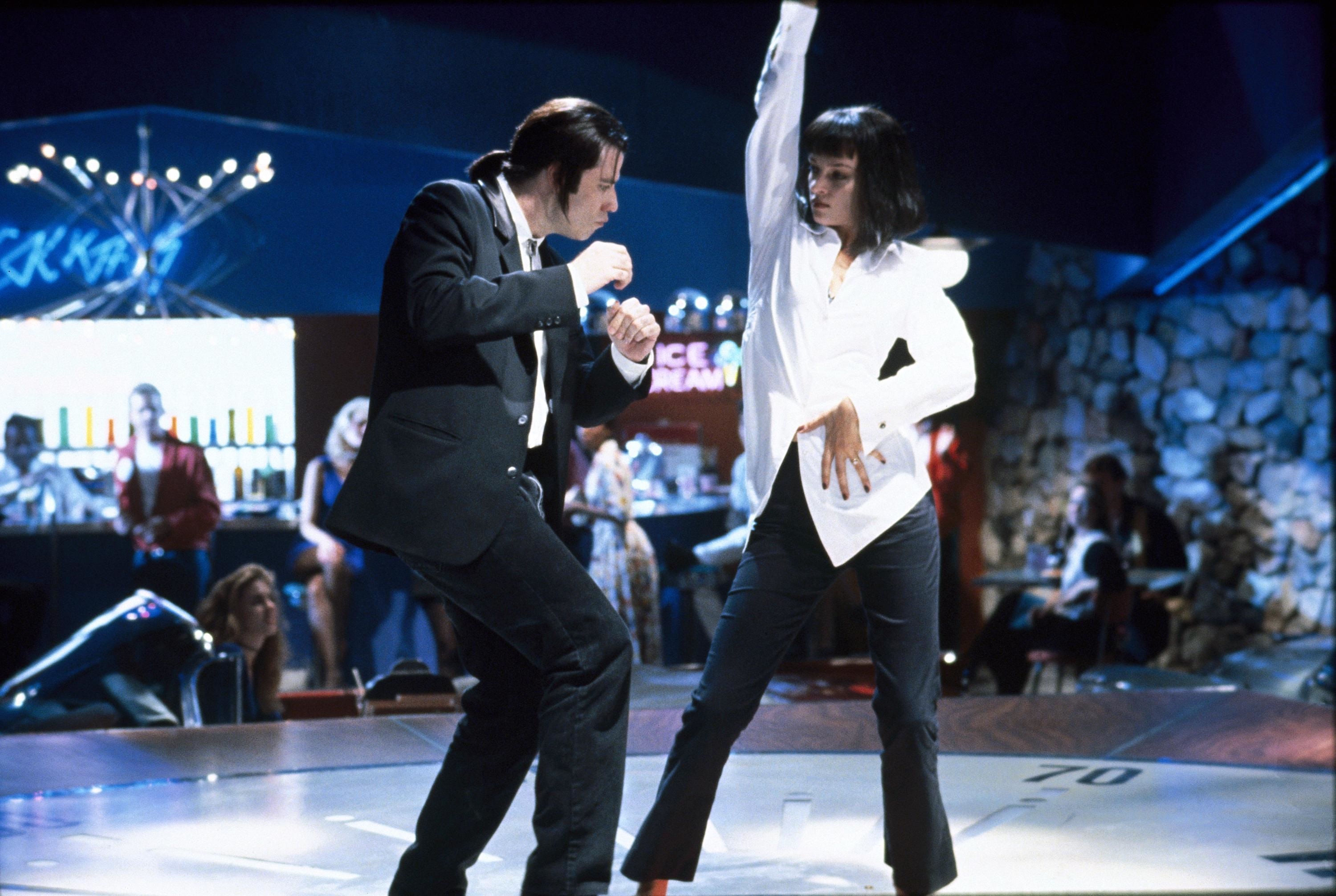 At first glance, it may seem like Norway dating culture fast-forwards the traditional approach to relationships because, as Linn says, “the dating starts out as sleeping together, or because you decide to sleep together after just a couple of casual dates”.

But when it comes to actually forming a relationship, the time frame becomes more leisurely.

“Norwegians often date for a long while, keeping it casual (but often exclusive),” says Linn. “You spend a long time testing it out or ‘hanging out’. I have known people who hang out for months and months before they call it a relationship.”

For us, commitment-shy equals flaky in relationships (think “commitment phobe” Hugh Grant in Bridget Jones), but in Norway the concept seems to carries more integrity.

Norwegians are famously reserved, and so emotional intimacy may come with a higher premium here; proper commitment takes time. This doesn’t mean being evasive, though; in fact, directness and honesty are valued.

“I found Norwegians to be very friendly but reserved, so it was difficult to establish a connection,” says Michael Laird, a London-based project and ops assistant who studied in Norway for six months. “In order to make the first move, you would have to do the opposite of playing it cool – actually go out of your way, as it wouldn’t necessarily have occurred naturally.” Getting sex out of the way early plays into this honesty. And rather than being meaningless, it may even create room for greater emotional resonance.

“People don’t build sex up to be this big, magical thing over the course of several dates, something which I think put a lot of pressure on that moment,” says Linn. “By having sex quite early in the dating period, it is rather seen as an additional way to get to know the person, and something that evolves and improves as we get to know each other.”

Michael agrees. “Just wanting sex can sometimes be viewed negatively in other countries but I fully support the idea that it should not even be given a second thought as I’ve found to be the opinion in Norway,” he says.

It was good, he says, not to have sex “hanging over us” as he connected with people on a more social and emotional level: “If the relationship develops it’s due to a mutual connection, not just someone playing the long game [for sex].”

Casual dating = the path to equality? Even today, our conversations around sex are so coated in cultural expectations it can be hard to grasp that, a.) sleeping with someone isn’t the be-all when it comes to intimacy, and b.) taking time to commit in a relationship is a good thing.

The Norwegian approach to dating shows both these statements to be true. When you remove sex as the endgame of a new relationship, you create a more honest and equal playing field.

This is particularly true for women, who historically have been given a passive role in the dating process. We’re way out of the Victorian era now, and yet sex is still often portrayed as a bartering tool in heterosexual dating; something that’s driven by the desire of the man. 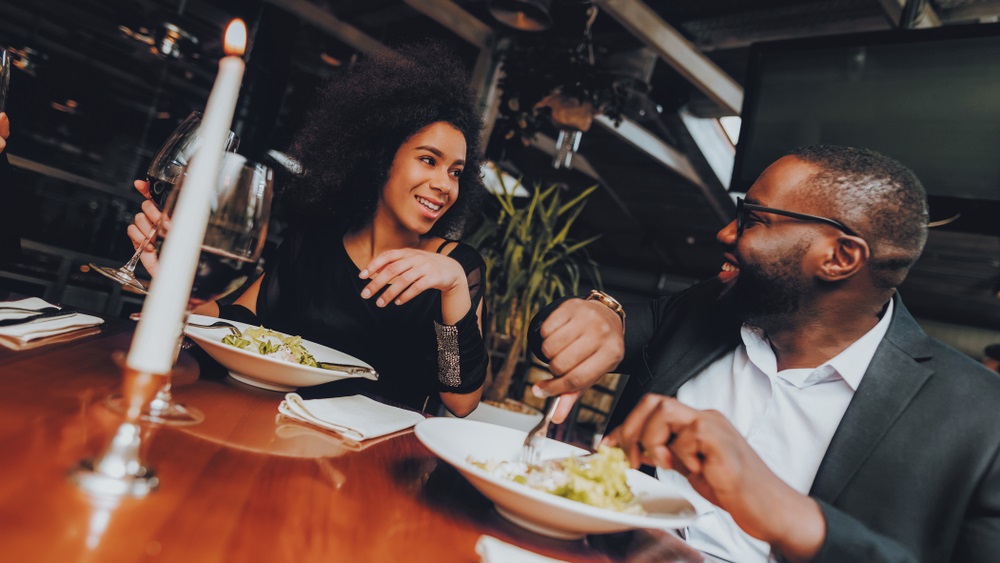 By removing any stigma to having sex straight away, women are “free to decide their own sexuality and sexual needs”, he says. Instead of feeling like a pawn, they get to assert their own sexual agency.

This emphasis on equality extends to all relationships in Norway. So much so, that Michael was actually taught about casual dating as a concept in one of his first seminars, in a lecture for the university’s entire international intake led by Bourrelle himself.

“I thought that in itself was interesting; that the university considered this an important lesson to learn, to help us integrate,” he says.

“I think Norway’s casual dating culture is down to being sensible and progressive. It allows people generally to feel less pressure and be more open-minded when it comes to relationships. It’s something many other countries could benefit from.”

Finding what works for you Like anything involving dating, it’s not all roses, though. Just like many other places, Norway is struggling with a sense of displacement felt by a surge in dating apps.

“I think we are in a negative circle when it comes to dating, and I can speak on behalf of many of my friends – both girls and boys,” says Robin.

“It seems like most people, when using the dating apps, go on dates after dates… Many of these people say that they are looking for a girlfriend or boyfriend, but they aren’t.

“They are really just playing the field, not respecting people looking for something more that just a one night stand. And I think the apps are a big part of this new dating scene.”

The ambiguity of Norway’s dating culture can also be problematic.

“It also allows for mixed signals, confusion and hurt feelings, and it can be difficult to understand whether someone sees you as friends with benefits or a future girlfriend/boyfriend,” says Linn.

And the flip side of sex not being such a big deal is that people may feel “an unspoken expectation of sex that they are not ready to fulfill”. Michael agrees that Norway’s dating scene comes with the same issues as anywhere.

“I’ve heard plenty of stories about one night stands that have gone no further despite the efforts of one party,” he says. “I’ve also heard stories of people going on a few dates, having sex and then being ghosted.

“But the Norwegian way is better in my opinion. If you have formed that emotional connection and then it [ghosting] happens I would think it’s worse than if you’d just had sex.”

In the end, it may come down to how you handle it.

“I think the Norwegian approach can lead to freedom on the dating scene, if you are self-assured enough to go into it with a clear perception of what you want, what you want from the other person, and communicate this clearly,” says Linn.

“The fact that dating is such a casual thing allows you to test out relationships and find out what works for you.”

Tap your true love travel with these three great escapes Ice-hike your way across mainland Europe’s largest glacier, sea-kayak in spectacular fjords and experience the very best of homegrown Norwegian hospitality on this action-packed break. Learn to salsa dance over rum tasting in the gorgeous port city of Cartagena, jet between the Rosario Islands by private boat and hike your way between the beaches and mangroves of Tayrona National Park.

Unwind and unplug in lovely Laos Dial down to the gentle pace of river life with a two-day slow boat trip down the Mekong in Laos. Plus, wild swimming in emerald waterfalls, magical night markets and sizzling street barbecues – the Lao way.

How Tinder made me swipe right for solo travel